On December 22, 2017, the GOP’s Tax Cuts and Jobs Act (TCJA) was signed by President Donald Trump, prior to his departure to Mar-a-Lago for the holidays.  The 570 page TCJA bill, which was released as a joint explanatory statement by the United States Congress’ Senate and House of Representatives, is the largest tax overhaul witnessed by the United States for over 30 years.  The TCJA’s Senate proposal version, as opposed to that of the House’s proposal, was used as the framework that ultimately led to the completion of a final TCJA that would be in the President’s hands before 2017 year-end.

“I was going to wait for a formal signing sometime in early January, but then I watched the news this morning and they were all saying, ‘Will he keep his promise, will he sign it by Christmas?'” Trump said. “And I called downstairs and said get it ready, we have to sign it now.”

The House of Representatives’ TCJA version and its contents were eliminated from the lengthy joint explanatory statement’s respective legislation, as the enactment of a clause which permits the insertion of substitute text into a proposed bill.  As the House had withdrawn its argument countering the Senate’s amendments to the House’s version of the TCJA bill, a combination of the proposed legislation from both chambers was discussed, created, issued and approved successfully.

President Trump is now touting his first large-scale and high profile win, during his first year of office, with the Senate and the House, both voting alongside party lines, to deliver a dual-chamber approved TCJA to his desk.  Contending that the Act’s passing, despite low approval ratings, the President continues to contend that 2018 employee paychecks will illustrate earning benefits and take home income.

“I don’t think we are going to have to do much selling,” the President said.

The far-reaching TCJA overhaul, expected to have an impact on practically every area of the American economy, was only introduced in early November 2017. Based on that fact, it only took seven weeks for the TCJA to be approved by all relevant parties, start to finish.

Reactions to the TCJA appear to note that the legislation heavily favors businesses and corporations with its tax reductions.  However, it must also be noted that the Act maintains and increases benefits for individual filers, especially when put side by side next to the House and Senate’s earlier approved bills.  Nonetheless, individual filer provisions are set to expire in 2025, while their sister corporate provisions are not set to expire at all.

Trillions of dollars in tax cuts are incorporated into the TCJA.  The issue is that a majority of these tax reductions and tax savings are not counterbalanced by measures that would increase American revenue.  As a matter of fact, the nonpartisan Joint Committee on Taxation has expressed that the TCJA stands to increase the American deficit $1.46 trillion over the next decade– an astronomical figure that would only increase more should individual tax cuts not expire in 2025.

The below chart illustrates the TCJA individual rates and their qualifications:

Tax filers in a majority of the country file for an average SALT deduction below $10,000.  This means that for middle- and low-income filers, who currently itemize due to the pre-TCJA treatment of the SALT deduction, it’s likely that these filers will be eligible to take the much higher standard deduction under the TCJA.  Also, keeping the SALT break, despite the stipulated $10,000 cap will provide more assistance to higher income households in high-tax states.

Conversely, even with a $400 refund possible, over 10 million children from lower-income families would only garner an additional $75 in benefit under the TCJA

Last minute changes to the final TCJA, however, maintain these aforementioned deductions and tax breaks as they stand under the American current tax code. Actually, the medical expense deduction for 2018 and 2019 has even been expanded.

Of utmost importance is that fact that the 20% deduction would be strictly prohibited for any individual in a service business unless that taxpayer’s taxable income is less than $315,000 for a joint return and less than $157,500 for an individual filer. 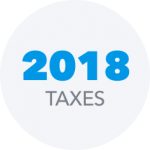 In order for your company to be successful, you should consult with an accounting professional.  The services of a CPA firm will allow you to rest easy because you will know that your business’ accounting processes are in reliable hands, and in strict compliance with applicable legislation and best practices.  Use your valuable time to concentrate on building and bettering your business.  Thomas Huckabee, CPA of San Diego, California is a small business accountant expert who can help your company achieve goals and forge forward along the path to success.  Please contact our office for further information.