By Thomas Huckabee
Posted August 7, 2017
In Government Insurance Exchange
Why Congress and Federal Administrators Should Use the Same Health Insurance Plan They Would Have Us Citizens Use2017-08-072017-08-07https://tehcpa.net/wp-content/uploads/2015/12/THinc_LogoV8.pngTHInchttps://tehcpa.net/wp-content/uploads/2017/08/On-Health-Care-We’ll-Have-What-Congress-Is-Having.png200px200px

“On Health Care, We’ll Have What Congress Is Having” – Jeffrey Frank of The New Yorker. 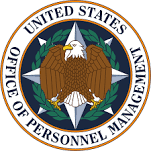 Former Massachusetts Senator, Edward M. Kennedy once declared that all Americans should have “exactly what we have” in terms of health care.  Senator Kennedy was referring to the Federal Employees Health Benefits Program (F.E.H.B.P.), which was started in 1959.  Introduced several years prior to Medicare, the F.E.H.B.P. was designed to cover the over nine million government employees in the United States.  This included civil-service workers, post office workers, court workers, members of Congress and more.

The F.E.H.B.P. was not just one plan.  As the New York Times once described it, it’s “a supermarket offering 300 private health plans.”  Even the Heritage Foundation, a largely right wing organization, said it was “a showcase of consumer choice and free-market competition.” For an in-depth explanation of what the F.E.H.B.P. entails, you can reference the Office of Personnel Management, the program administers, and it’s explanation of options for federal employees.  Even at first glance, an onlooker will notice that certain caveats, such as the allowance for pre-existing conditions or coverage for dependents under 26, will sound very similar to the most attractive parts of the Affordable Care Act (ACA.)

It’s no secret that most Republican legislators are not happy with the ACA- but what is their reasoning?  Do they not like President Obama’s victory?  Is it the victory of Democrats?  Is it some intangible principle?  Many experts have noted that it is none of the above but, rather, a selfish reason: Republicans despise the fact that the ACA strips Capitol Hill employees, including Congress and congressional staff members, of their eligibility for F.E.H.B.P.  This is a pretty straightforward government directive that is found on the Office of Personnel Management Web site in Section 1312 of the ACA.  Explicitly stated is the following: “Section 1312 of the Affordable Care Act requires that Members of Congress and their official staff obtain coverage by health plans created under the Affordable Care Act or coverage offered via an Affordable Insurance Exchange.”  Simply put, the staple of comfortable health care choices provided to members of the F.E.H.B.P. for more than 50 years would disappear with the full implementation of the ACA.

The repeal of the ACA would eliminate Section 1312 and permit members of Congress to return to the F.E.H.B.P.  Under the proposed American Health Care Act (AHCA), lawmakers and staffers would not face higher premiums and a loss of F.E.H.B.P benefits.  Passed narrowly in the House of Representatives, the AHCA is not having much luck getting passed by the Senate.  The bill was blocked by a 49-51 vote with Senator John McCain (Republican, Arizona), Senator Lisa Murkowski (Republican, Alaska) and Senator Susan Collins (Republican, Maine)- all GOP members- voting against the ACHA.

The AHCA also has a clause which allows states to opt out of current health care essential requirements.  This will prevent insurers from offering astronomical premiums for those with pre-existing conditions.  This will barely affect Congress and congressional aides, however, because most of these individuals claim residency in the District of Columbia.  Even if the ACA remains in place, the District of Columbia allows residents to obtain health care coverage through a small-group exchange which offers more robust and less expensive benefits than constituents in states not friendly to the ACA.

The failure to pass even modest, slimmed-down changes to the ACA with the AHCA certainly exposed the immense difficulty lawmakers are having trying to gather the 51 votes needed for an AHCA win.

As a result of Congress’ reluctance to pass the AHCA, President Donald Trump has threatened lawmakers with the unthinkable: canceling several of their health care benefits.  By far the President’s most explicit threats, Trump said he would cut off payments to insurance companies in an effort to force lobbyists and senators back to the GOP health care plan bargaining table.  In a tweet, the President said, “If a new HealthCare Bill is not approved quickly, BAILOUTS for Insurance Companies and BAILOUTS for Members of Congress will end very soon!”

If a new HealthCare Bill is not approved quickly, BAILOUTS for Insurance Companies and BAILOUTS for Members of Congress will end very soon!

This tweet emphasized Mr. Trump’s disappointment with GOP senators who had, thus far, failed to work together to pass even a single piece of legislation that would fulfill a shared campaign pledge to repeal the ACA.  Additionally, it was the very first mention that he was open to considering alternative ideas proposed by conservative activists so to encourage lawmakers back to the drawing board for a conservative win for health care.

Heritage Action, a group of activists for the political arm of the conservative Heritage Foundation, has even proposed that Trump’s administration should eliminate a clause promulgated by the Office of Personnel Management during Obama’s tenure.  That rule is that members of Congress and their staff are permitted to obtain subsidized insurance as if they were Washington, D.C. small businesses.  The subject of much contention for years, many feel like this clause is an end-run around the 2010 health care law which requires members of Congress to obtain coverage just like all other Americans.  Lawmakers and their staffers receive hefty subsidies from their employer (in this case, Congress) when they purchase coverage through the D.C. online insurance exchange.  Critics contend that this subsidy is unique to Congress, and they are pretty much right.  Heritage action in an opinion column noted:

With the long-promised goal of repealing Obamacare and providing relief from the failing law slowly slipping away because of liberal intransigence, senators should finally subject themselves to the same burdens imposed upon their constituents. Maybe then they would come around to begin delivering on their longstanding promise.   -Heritage Exchange

Are government employees and members of Congress more important than the rest of US citizens?  Don’t you think that the 535 Congress lawmakers and the thousands of Capitol Hill employees should use the same health insurance plan that they would have the rest of us use?   Some of my small business client’s most pressing concerns are about having affordable health care solutions and over-regulation.