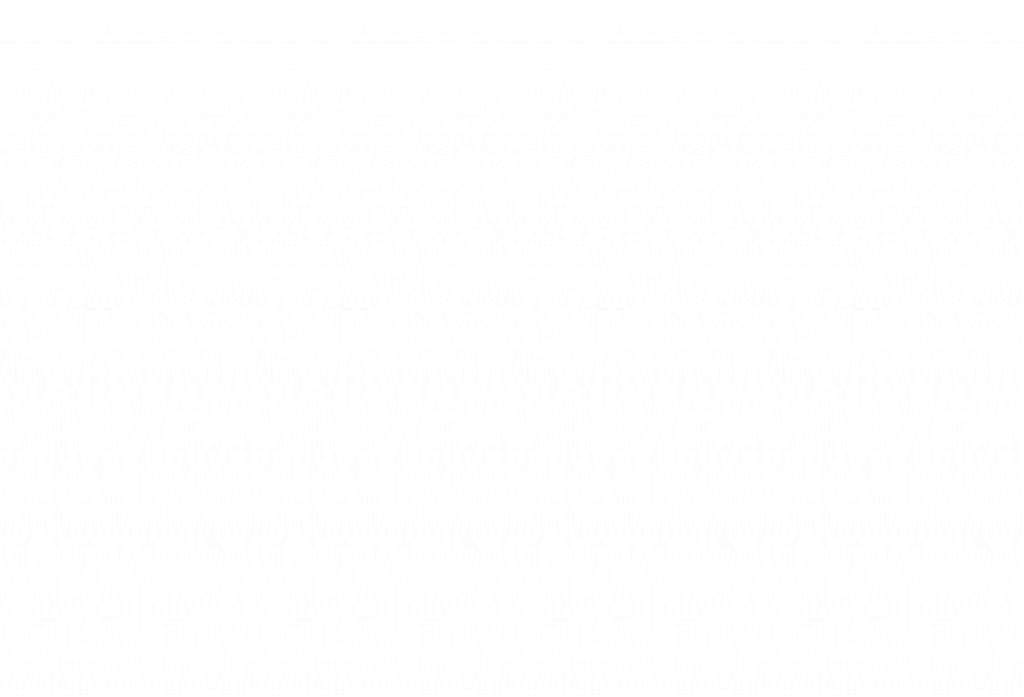 SF Eatery recently reported that on September 17th 2019, the California Governor Gavin Newsom, signed a landmark employment bill Assembly Bill 5  (which was previously passed by the Senate and Assembly) now into a game-changing labor law that could demand companies such as food delivery and ride-hailing tech platforms like Uber, Lyft and Grubhub, Postmates, DoorDash to reclassify their gig workers or independent contractors as employees. So this may throw a huge chink in the chain for the vast gig economy businesses that profit from it. So California is often the progressive leader in laws that regulate employment, and this could soon set a new precedence, of which other states could follow and adopt these changes as well. Famous short-seller Jim Chanos just announced on CNBC at a Delivering Alpha event that his company is shorting Grub Hub citing “we believe that this pressure is occurring at both ends of the spectrum for the delivery companies,” Chanos said. “not only are we seeing pressure on the labor side with the new California law, we believe that the labor arbitrage — calling these guys contractors — works in insidious ways.

The SF eatery mentions that in his signing message, Governor Newsom wrote that the law will help prevent “worker misclassification,” as he puts it, or “workers being classified as independent contractors, rather than employees, which erodes basic worker protections … like minimum wage, paid sick days and health insurance benefits.”   According to an NPR article the bill covers workers in a variety of industries, including software companies, cleaning services, health care, trucking, and media. Some contractor heavy industries, such as doctors, dentists, lawyers, architects, insurance agents, commercial fisherman, cosmetologists, accountants, engineers, financial advisers, real estate agents, and hairstylists who rent booths at salons carved out exemptions from the law. But the app-based tech companies, primarily Uber, Lyft and Doordash, were not granted exemptions to this law. 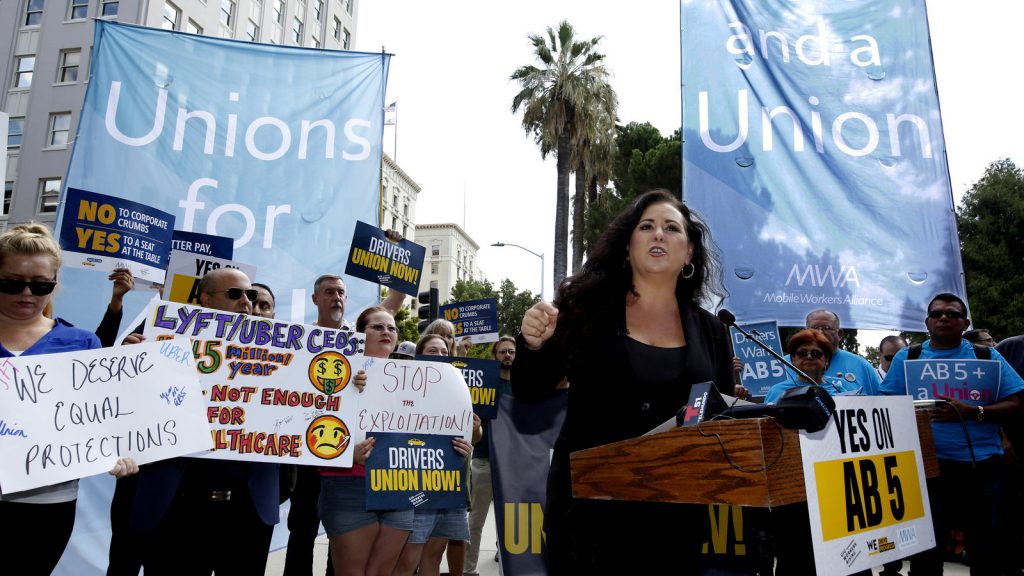 An Assemblywoman Lorena Gonzalez, who is San Diego based Democrat, first wrote and introduced AB5.  It is meant to clarify a 2018 California Supreme Court ruling decision called Dynamex,  which makes it more difficult for businesses to call its workers independent contractors, and not employees. SF Eatery points out that “part of the law says that if workers perform a function that is “integral” to the company’s business, they’re employees, not contractors.”  Forbes Contributor Robert Atwood who wrote an interesting article titled “It’s Not Just Uber, California Bill Could Transform Tricky Tax And Legal Rules On Independent Contractors” stated that Ms Gonzalez had said it is designed to stop businesses from gaming the system by misclassifying workers.  Many gig economy tech platform corporations have stretched the worker classification and branding boundaries with vast amounts of “non-employee” loopholes. And this shared gig economy boom has changed the employment arena in ways that were not easily predicted.  And California the champion of the supporting the middle-class worker says it wants to stop what it what is calling “free-riding businesses” from passing their own business costs onto taxpayers and workers. So what does this mean? CBS News reported that “many traditional businesses across the U.S. have shifted to independent contractors as a way to reduce labor costs.”  It is turning into a molotov cocktail with labor and wage laws now having employees “triggers federal and state tax withholding, anti-discrimination, health care, pension, worker’s compensation and unemployment insurance obligations” Mr Wood said.

Some companies are willing to try to fight this new law

Certain companies are weaponizing their lawyer and lobbying power to try to fight this.  On September 11, 2019, Uber’s head lawyer stated that Uber will not treat and make changes to the status of its workers, claiming its drivers and delivery people are not central to its business. Tony West, Uber chief legal officer, pledged that its drivers will remain independent contractors.  Mr. West said Uber’s business is not providing rides but “serving as a technology platform for several different types of digital marketplaces,” lawyers for the company told the New York Times. He also pointed out that his company Uber is “no stranger to legal battles.”   Uber, Lyft, and DoorDash have threatened to spend at least $90 million to sponsor a ballot initiative to override the new law. That amount, however, could be peanuts compared than what these companies stand to lose if they’re forced to treat their workers as real employees.

SF Eatery also points out that the newly signed law takes effect on January 1, but DoorDash couriers and the like won’t become employees overnight. Workers or labor enforcement agencies will first have to challenge a worker’s classification. Newsom also called for the need to allow gig workers to “unionize” and collectively bargain to earn more pay, an option open to employees, not contractors.

What does this mean for hiring freelancers and independent contractors in California?

So under this new AB5 law, workers in California could generally only be classified as independent contractors if the work that they perform is “outside” the usual course of a company’s business.  On the flip side of that coin, workers must be classified as employees instead of contractors if a business exerts control over how they perform their duties, or if their work is a part of the company’s regular business.

Can technology app companies such as Uber or Lyft really claim its drivers are auxiliary, or somehow not the central or core, of the very reason these ridesharing companies are operating and providing services to consumers? Mr. Wood mentions that “Uber’s chief legal officer is surely giving the party line, that these are tech companies, a marketplace, and not a provider of rides.” I am sure there will be other technology companies that try to make similar arguments to protect their margins, costs and profits.

What determines an independent contractor versus an employee?

In light of this new law, it used to be that you could avoid these kinds of labor entanglements by hiring independent contractors instead of full-time employees of the payroll, right?  Mr. Wood points out that “If they are really independent contractors, sure, but labels aren’t enough.” A workers status can come up in many areas and not just from the government. You see, when a worker who signs a contract as being an independent contractor, can still sue the business claiming they are employees.  And third parties injured by an “independent contractor” can sue the company saying he or she was really an employee, so the employer is liable. And a lot of this stuff is already happening. CBS News pointed out “a lot of these don’t pass the laugh test,” Cathy Ruckelshaus, general counsel at the National Employment Law Project said. “A janitor who gets hired by a contractor to go clean an Applebee’s or a movie theater, they’re not ‘running their own business.’ They’re not really setting their own hours or setting their own pay rate.”

Mr. Wood mentions that there are a bunch of tests used to figure out or determine who is really an employee.  The legal standards come from the IRS, Department of Labor, state labor and unemployment laws, workers’ compensation, and more. It can be a little confusing for employees to try to keep up with the laws. The IRS test is one of the more thorough ones, so it is often looked to even in other contexts.

If we use the IRS test, to determine who is an independent contractor, the IRS suggests you must use and evaluate 20 factors in their guide, and then assess whether you are controlling the method, manner and means of the work. There is no absolute determining factor above the rest. Obviously the length of your work relationship is important, as is whether it is full or part-time, professional credentials, rigid vs flexible hours, who supplies tools and supplies, expense reimbursements and more. Mr. Wood points out that “a written contract is key to independent contractor status, but that alone is clearly not enough.”  He poses a few questions such as:

Trying to figure out who exactly is an employee has always been a fact-intensive debacle.

Labor and worker disputes are commonplace, and they can be challenged by many different agencies on your decision.  There’s the IRS, state tax authorities, labor departments, and insurance companies. All of them scrutinize the status of workers. Signing a contract does not prevent the worker from suing and winning. Obamacare defines a full-time employee as someone who works on average at least 30 hours per week, or 130 hours per month. Independent contractors aren’t covered, assuming their status is legitimate. If your independent contractor classification doesn’t hold up, taxes and penalties can be crushing. No matter how you label someone, the substance of the work relationship will control, but it can take years for these disputes to really rise to the surface, and California wants a fix this problem.

How Could this affect your California Business?

Finally Mr. Wood cites a big case that had to deal with this issue.  It’s sort of understandable given the stakes and costs of having a lot of employees that some companies will try and thread the needle of this. Back in 2015, Mr. Wood wrote about how FedEx settled their long-running dispute with FedEx Ground California drivers for $228 million. FedEx Ground defended its so-called independent contractor model vigorously. But in 2014, the Ninth Circuit found that 2,300 drivers were covered by California’s workplace protection statutes. See Alexander v. FedEx Ground. He says ‘the FedEx case is a good reminder that no matter how you label someone, the substance of the work relationship will control.”  Now cleary Uber has already begun to fight against this new law.  If the drivers get reclassified as employees with benefits some of the costs could get passed on to the consumer. MarketWatch stated that in CA will pay an additional 70 cents to $1.80 per ride according to data from the investment bank Evercore ISI.  Not every company will have the “financial wherewithal” to be as aggressive as Uber in opposition to this law.

Vice reported in an article back in July titled “ This Bill Could Destroy Uber’s Unsustainable Business Model” that equity research analysts at Barclays project Uber is on track to lose $3.9 billion in 2019 and if AB5 were passed, it would cost the company upwards of an additional $500 million. And if other states follow suit and pass similar laws, it could constrict these companies’ already narrow paths to profitability.

According to a Vox article “the changes from the law will also reportedly benefit the state of California, which estimates that it loses $7 billion in tax revenue each year from companies that misclassify employees.” This is all certainly interesting.