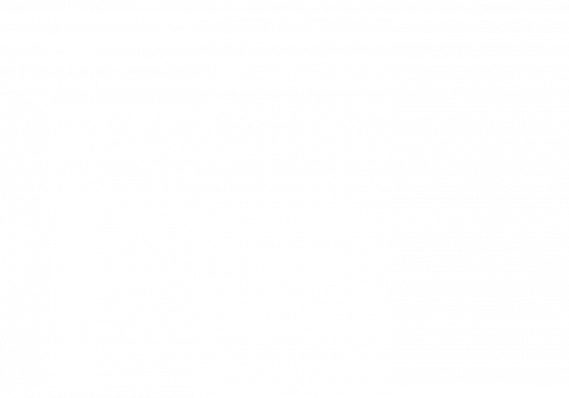 So the Trump Administration has been talking about “indexing” the capital gains tax to inflation on and off since 2018.  And there is a lot of skepticism as to whether it is a good idea and will it actually boost economic growth or just lose more tax revenue for the IRS?  Robert Verbruggen recently wrote an article in the National Review, titled “ If You Want to Index the Capital-Gains Tax, Do It the Right Way” where he is making the argument that any reworking to how capital gains taxes are treated should done through future congressional bill legislation and not any presidential executive orders. So Larry Kudlow, Director of the United States National Economic Council has been proposing to adjusting capital gains to be indexed to inflation.

How would Indexing Capital Gains to Inflation work?

Katherine Rampell a Washington Post opinion columnist wrote an article opposing this idea, and her explanation of how it would work is “currently under the tax code, your profit from, say, a stock sale is calculated by subtracting the price you initially paid from the price you ultimately sold at.” Ms. Rampell goes to say  “In the Kudlow world, you’d instead get to adjust your initial purchase price upward, for inflation. Which generally means the longer you hold the asset, the smaller your calculated profit — and the less tax you owe.” Or you could think of it like this.  Currently, the tax on long term capital gains is up to 20 percent, is applied when someone sells an asset investment or property that have appreciated or gone up in value, but there is no adjustment made for inflation. So Robert Verbruggen’s example is “so if your $100 worth of stock grows to $110 over a certain period, and prices, in general, rose 10 percent over that same period, you’ll owe tax on a $10 “gain” that is not even real.”

Senator Ted Cruz offers another scenario example to illustrate the inflation issue, “imagine, a taxpayer who purchased one share of Coca-Cola stock in 1998 for $32.38. If they sold the stock earlier this year at $48.13, they would have a nominal gain of $15.76 and be taxed $3.75. The inflation-adjusted basis in today’s dollars, however, would be $50.50.” Senator Cruz goes to say, “that means the taxpayer would have to pay $3.75 in taxes on a $2.38 loss. Even when a taxpayer experiences a real gain, the effective capital gains rate can easily double the statutory rate passed by Congress.”

Now most tax experts on both sides of the political ideology do not think this a great thing. Many feel if you are going to tax investors on capital gains, the money being taxed should come from people who actually had a real gain.  Now others would argue including Katherine Rampell, that tax preference for capital gains income (which is taxed at a lower rate than that for earned income) is there partly to compensate for the fact that we don’t index for inflation.

Some of the criticism of indexing capital gains for inflation

One of the main criticisms that Mr. Verbruggen addresses in his article is the “legal and policy problems with making this change the way the administration is considering: simply reinterpreting the word “cost” in current law to refer to the inflation-adjusted cost rather than the nominal price paid.”   Then there is the cost issue. Forbes contributor Leonard Burman estimates it would cut revenue at a minimum of $10 billion a year — in the ballpark of 10 percent of what the tax brings in — or add $100 billion to deficits over the next decade when we’re already running trillion-dollar deficits.  And if the Trump Administration were to do this through executive order with a U.S. Treasury Department regulation, he will not be able to raise the overall capital-gains rate, cut spending, or increase other types of taxes to compensate deficit increases. This is not something that would be a light decision to make, especially since the capital-gains tax is overwhelmingly paid by the top 10 percent most wealthy Americans. Leonard Berman points out that “Congress has had 100 years to define capital gains as net of inflation and has never chosen to do so.”  Leonard also mentions a host of other issues related to applying inflation indexing only to capital gains which include:

Now the legal issues, tax law professors Daniel Heimen and David Karmin have written a paper titled “The False Promise of Presidential Indexation” in the Yale Journal on Regulation, feel the legal case for indexing is not so strong. Their paper challenges the Trump Administration’s three principal arguments in favor of the proposal which are:

According to professors, the law issue was written all the way back in the year 1918, and the law has been interpreted to note nominal (not inflation-adjusted) costs. There are also other components of the tax code that distinctly calls for inflation adjustments, which may suggest that Congress has the means to do this if it wants and do not wish to do so in this case.

Congress decided in later tax laws after this initial one was written, to tax capital gains at a lower rate ordinary income partially because capital gains include inflation.  According to these law professors opinions, there is no evidence that Congress intended to allow for an inflation adjustment, or that it delegated this choice to be done in an executive order either.

The Bush administration back in 1992, pondered making a similar move but in the end, decided it did not in fact have the legal authority to do it. So if President Trump proceeds to do this as an executive order, Robert Verbruggen thinks “his action will likely provoke a court challenge, the biggest questions in which will be:

There are also policy issues with this besides potential lost revenue for the IRS.  As I mentioned earlier in this article, is that indexing the capital gains tax for inflation, without dealing with other provisions in the tax code, such as deductions for interest paid on loans, which could possibly lead individuals into “arbitrage” scenarios trying to move money around to evade taxes.  You may be wondering how this might happen. The tax law professors give an example in their paper:

“Imagine that a taxpayer buys an asset for $100 that is fully financed by a loan. Assume that the real interest rate is zero, that the inflation rate is 10%, and that the nominal interest rate on the loan is 10% as well. One year later, assuming no change in the real value of the asset, the asset will be worth $110 on account of inflation. If the basis is indexed for inflation, the taxpayer can sell the asset for $110 and recognize no taxable gain.”

The two professors go on to further state “assuming that the interest is properly allocable to a trade or business, the taxpayer can claim an interest deduction of $10 with no offsetting gain, despite the fact that the taxpayer is in the same pre-tax position as previously. Put differently, the effort to eliminate the taxation of phantom gains leads to opportunities for the creation of phantom losses.”

In this example, the lender might owe taxes on his $10 gain, but not if it is a non-profit, and remember that these taxes can be lower than what would be owed on a capital gain anyway.

Yet another problem is that it would have a minuscule effect on the boosting economy according to several economists.  Catherine Rampell states “The generally pro-tax-cut Tax Foundation estimated that capital gains indexation would boost the long-run size of the economy by 0.11 percent. The Penn Wharton Budget Model estimates“that indexation spurs roughly zero net additional economic growth” over the 10-year window it examined.”    Politico reported that The Utah senator Mitt Romney recently sent a letter to Treasury Secretary Steven Mnuchin stating that he did not think just do this move. He said “not only would such a change stand on dubious constitutional and legal ground, but it would primarily benefit wealthy investors without supporting American workers,” Romney said of changing tax law on capital gains. Moreover, Romney warned: “Encouraging investors to sell their stocks through inflation indexing could risk a sell-off.” Back in 2018 when this was first being discussed Senate Minority Leader Charles Schumer said on Twitter that “everyone knows this must be done by legislation.” He added that Congress wouldn’t pass such a proposal if considered.

Furthermore, Mr. Mnuchin thinks he can do it on his own, but everyone knows this must be done by legislation. If this proposal were to be considered in the Congress, it would not pass.

It’s one thing if this had been proposed back in the late 70s back when inflation was high, but it would be a better thing if they really want to rework how to treat capital gains, by having the bipartisan support in Congress to change the code in legislation, not by executive order.  And if Trump cannot get the Democratic-controlled House to pass such a tax cut, presidential action is not a good substitute.   Update: the Wall Street Journal reported, facing backlash, President Trump recently decided against ordering a capital gains tax cut using an executive authority as he looks to cement his position—and that of the economy—before his bid for reelection. 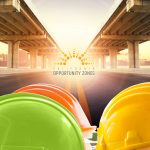 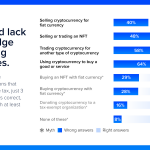