The top-ranking Democrat on the Senate’s tax-writing Finance Committee, Sen. Ron Wyden of Oregon, has just announced on April 2nd, 2019 that he will be releasing a new tax proposal that would eliminate huge tax breaks that wealthy investors use on their capital gains income. By taxing unrealized gains in investment income assets each year at equal rates to other types of income, he is proposing this as a creative solution to tax the wealthiest people in the United States. If it was to get passed it would ensure that income from assets owned by millionaires and billionaires is taxed like income wages and work–up to 37 percent.   As an opinion piece from the NYT’s says “let the rich be taxed the way everyone else is.”

“There are two tax codes in America. The first is for nurses, police officers and factory workers—those who earn wages and pay taxes with every paycheck. The second is for millionaires and billionaires—those who use their wealth to build more wealth, paying what they want, when they want.” – Senator Ron Wyden.

Wyden’s plan, which he says will come out in a much more detailed white paper in a few weeks, would be geared towards taxing the appreciation of assets that are owned by wealthy individuals as income each year. This type of accounting method is known as mark-to-market taxation. If this is passed, the income achieved from gains in investments would be subjected to ordinary tax rates rather then the preferential, lower tax rates that currently apply to capital gains income.

This was first reported in The Wall Street Journal (WSJ), in which Wyden’s office was reported as stating that the proposal will be structured to only affect the richest 0.1 percent of American citizens. The details are still being hashed out, but this could be an answer to the huge deficit that was created with the TCJA tax reform legislation–by raising a significant amount of revenue to try to reverse the income inequality issues in U.S.

When the value of an investment asset rises, that increase or gain is income for all practical purposes. The problem is that our current tax laws do not tax this income until the asset is actually sold.  And this untaxed appreciation loophole in the system is called “unrealized” capital gain.

This tax loophole has been used for decades by wealthy individuals and families, who own the most in assets, to defer paying tax and increase their wealth much faster, while the income that salaried and waged employees earn from working is taxed each year. This is a huge tax break for the rich, and the mark-to-market accounting methods would change this loophole. 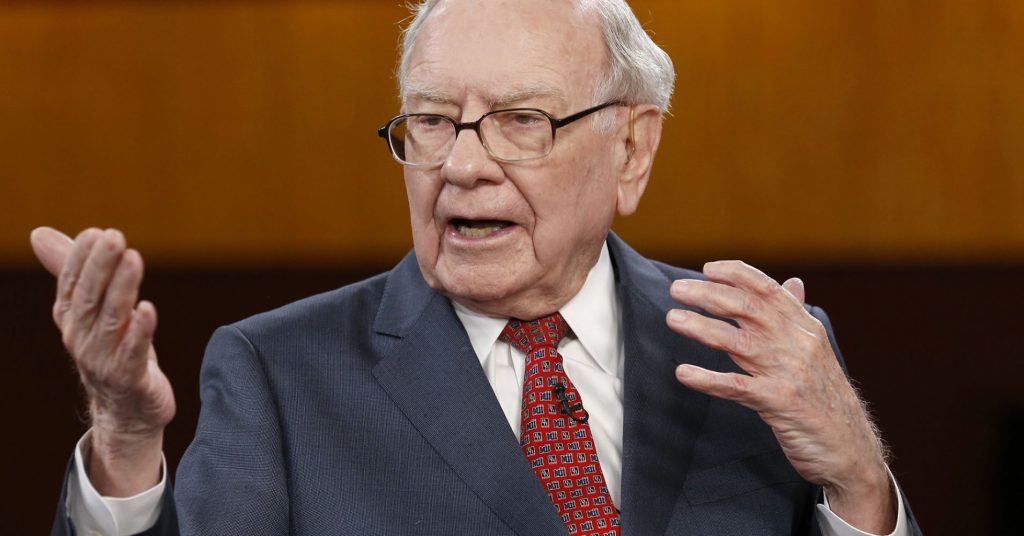 So according to a report from the Institute on Taxation and Economic Policy (ITEP),  tax expert David S. Miller spoke about Warren Buffet, who has next worth at the time in 2015 of around 70 billion would have only been worth 9.5 billion he had been subject to mark-to-market taxation all these years. Meaning if each year all of his unrealized gains had been taxed in this new way he would not be worth as much.

This example underscores how the mark-to-market taxation method could possibly get rid of the lavish tax break enjoyed by some wealthy households and could reduce the gap in wealth inequality.

Again we won’t know everything until Wyden publishes a more detailed plan, but it could try to address all three of these concerns.

The first tax break, which addresses the lower income tax rates that are applied to capital gains and stock dividends for investors, mosty benefit the top 10% income earners who own more than 84 percent of the stock market. Wyden’s plan would eliminate this special tax rate treatment–at least for the 1 percent.

Another tax break that investors take advantage of is the ability to defer income taxes on the gains of a certain stock, real estate property or asset until the year they sell it. There are a couple of ways to approach this break. One way would be structure something to regulate the abuse of this deferral. Such as eliminating the 1031 or “like kind” used by large real estate investors such as the Kushners and Trump. Congress could also subject derivatives to mark-to-market taxation to try stop rich individuals from using them to structure deals that are really sales but they use “like kind” exchange to defer the taxes for several years.

Another method to handle tax deferral on capital gains is to mark all assets to market. At the most simplified level this would mean that an investor who owns an asset would have to report any appreciation of the asset as taxable income each tax filing year. If this rule was enacted it would be far less generous than the current rule which gives the taxpayer the ability to wait until the year that it sells the asset to report all appreciation that has happened from the year that it was first purchased. The most common arguments against using mark-to-market taxation is that it is not clear how much an asset has gained or lost in value if it is not sold. One way to fix this issue especially for certain assets that actually have a somewhat easily defined market value, such as stocks of publicly traded companies, would be the mark to market approach. Now for the harder to measure assets (such as privately held businesses), owners could continue deferring paying income taxes until the asset gets sold, but their income at the time of the sale would increase to put the taxpayer in the same position they would have been in had they been subjected to the actual mark-to-market taxation each year. According to reporting from CNBC “This requires some method to price goods that are in illiquid markets,” said Kyle Pomerleau, chief economist at the Tax Foundation. “Ownership of a business isn’t traded in the open market, but it has a value.”

Exemption from the income tax for gains on assets left to heirs.

The final capital gains tax break which was not listed in Wyden’s press release is the exemption from the income tax for gains on assets left to heirs. The WSJ mentioned earlier, reported that [the proposal] would “reduce or eliminate the benefits of that provision.” Now the only way for this to work, is if they create legislative deal that addresses all 3 tax loopholes.  So for example, if the proposal got rid of the special tax rates for capital gains but did not address the other 2 loopholes, many rich people could partially still avoid that tax increase by simply just holding onto their assets longer (using the tax deferral) and even passing on the assets to their children.

Chris Edwards, director of tax policy studies at the Cato Institute who opposes the measure – and said there are a number of economic reasons why capital gains have been subject to different tax rules.  “Low capital gains taxes mitigate the harmful effects of inflation and encourage investment in risky start-ups and growth companies,” Edwards told FOX Business. “Silicon Valley crucially depends upon investors waiting patiently for years as their risky investments in growth companies to pay off with a realized capital gain.”  He also says many investors do not have the liquidity to pay taxes on the assets annually as they appreciate in value.

Alan Viard of the American Enterprise Institute. recently said, “Wyden’s proposal would try to reduce income inequality, but it would also dampen investors’ incentive to save, and that in turn could reduce the supply of capital and drive down investments.”

So the question is taxing unrealized capital gains appropriate?   The person affected, makes a choice to take a real risk that people without capital do not have to make.  When they invest, they could also lose their capital…and, in many cases, they create new work (for employees and vendors) regardless of gain or loss.  Is it correct to tax them on the investment an annual basis even though it has not cycled into the cash required to pay the income tax?  What happens, if the overall economy turns and their previously taxed noncash investment loses its value?  Will they get tax refunds equal to the high rate tax they paid when the investment is still not cycling into cash?  Current law wouldn’t.

There’s also the question of what might happen if there is a downturn and asset values dip on a large scale.

“If the loss is ordinary and treated as ordinary, what happens when the stock market goes down?” told CNBC Steven M. Rosenthal, a senior fellow at the Urban-Brookings Tax Policy Center. “Mark to market is attractive when the market is going up, but what happens to revenues when it reverses?”