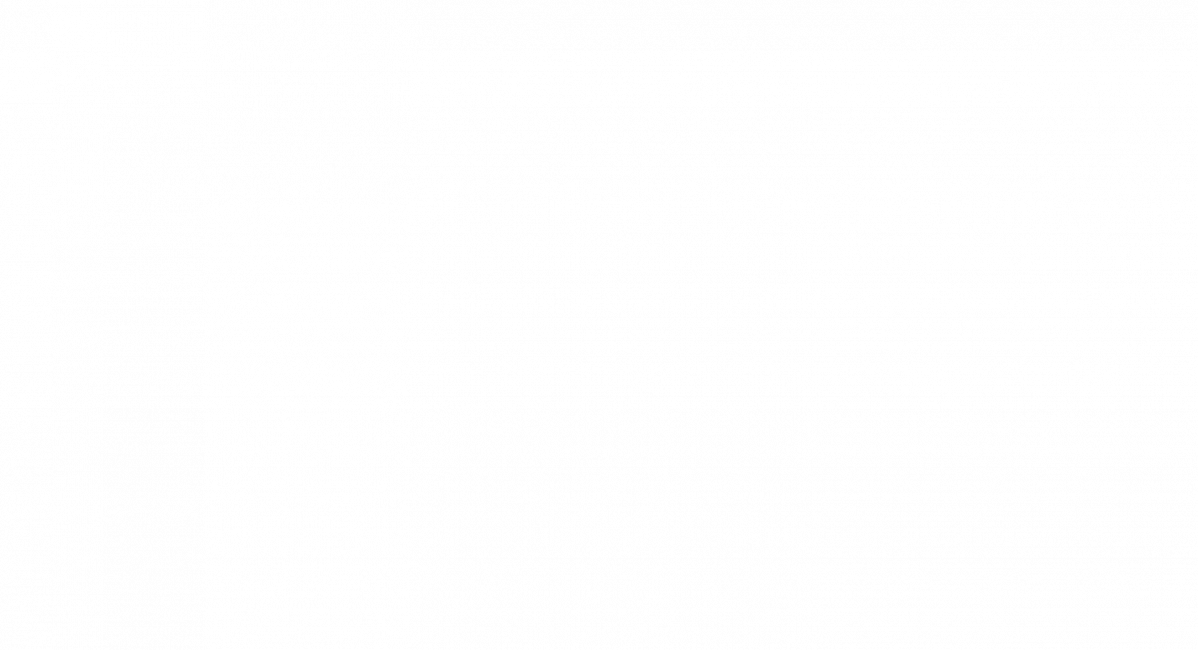 As an incentive to get more employees to save for retirement, many companies (employers) contribute money to employees’ retirement accounts by matching a portion of each employee’s contribution. Such as a 401(k) which is a retirement account, sometimes matched by an employer contribution that allows workers to save a percentage of their income, tax-deferred.  Many small businesses decide not to match their employee contributions in their 401(k) plans to save on costs. However, there are many benefits for doing an employer match both for your employees and your business.  Just as offering 401(k) contribution matching can draw better recruits to your business, this benefit can also improve employee morale and retention at your company. Including:

The employer reduces its taxable income and the money grows tax-free in the employee’s 401(k) account until it is withdrawn.

You can decide how much you want to match and what the vesting schedule should look like based on what’s best for your business.

More Employees On Track for Retirement

Employee retirement savings can grow quicker with your match.

Matching contributions can be a set amount or a percentage of the amount the employee contributes.  And this has been a pretty important component of the U.S. retirement savings system for several decades. An Ellevest article says employer 401(k) contribution match is one of the best perks going. An employer match is literally free money … and with our good friend compound returns coming in clutch, it can make a serious difference in how much money you’ll have when you retire. The Harvard Business Review recently published an article titled “Employers Need to Reinvent Retirement-Savings Match” mentions a recent report by the Plan Sponsor Council of America (PSCA) that says “if workers contribute to their retirement savings, 54% of employers will contribute as well.” The employer sponsored retirement plans help people prepare for retirement, and the match increases the financial security of workers while providing employers with additional workforce flexibility.  401(k)s are one of the most widely recognized retirement savings plans, (there are several different types) in the US and have been used as a way of making tax advantaged savings since the late 70s.

The Covid-19 pandemic which is contributing to a U.S. recession is threatening to shake up the employer match program as we know it.  The HBR article author Sholmo Benartzi, (who is Professor of Behavioral Decision Making at UCLA Anderson School of Management), cites survey data from PSCA “ about 25% of employers are considering suspending or reducing their matching. Such cutbacks would significantly reduce retirement savings, given that the most common match involves the employer contributing 50 cents for every dollar saved by the employee, up to 6% of pay.”

But even as we are clearly living in difficult social and economic times, Mr Benartzi argues that instead of employers abandoning the match contribution it is the perfect time to redesign it. The HBR article suggests that businesses that are facing furloughs or down revenue and are struggling to pay their match, there are some creative solutions that can reduce costs while still encouraging their employees to save for retirement. And for the companies that are doing well during this time (which some are even increasing revenues and market share) the strategies they are going to suggest can increase the performance and output of the match on savings behavior.

What is the Maximum Employer Match?

There are also variations that can give the employer more flexibility in how they contribute to employee accounts. When thinking about an overall employer match rate, one major factor to consider is how your match style fits with your business goals.

The HBR article talks about two different scenario solutions that optimize the effectiveness and efficiency of matching dollars in retirement plans. Their 1st idea experiment solution for corporations is to try implementing a fixed-dollar match, such as $1,200 for each employee. The 2nd is to try stretching out the match itself. What does that exactly look like? The article states “instead of matching fifty cents on the dollar up to 6% of pay, companies could give 30 cents on the dollar up to 10% of pay.”  But to fully grasp the benefit of these two strategies, it’s important to comprehend the behavioral science that goes into them, so they explain the backstory and history behind the concept of the match.

The Science of the Match Contribution Tool

According to data from a Wharton School, University of Pennsylvania study, titled “Saving for retirement on the path to least resistance” concluded that employer contribution matching boosts enrollment, by up to 3 to 10 percentage points.  The was conducted by a Yale behavioral finance professor James Choi and other college professors which examined a company that had introduced a match contribution program. Their analysis of the data found “the match increased employee participation by roughly five percentage points.” The co-author of the HBR article Charles Nelson who is the CEO of Retirement and Employee Benefits at Voya Financial has found that participation is seven percentage points higher in plans that offer a match.

Another way the feature incentives employee retirement savings is by what is known as “the match cap”, which has a psychological influence on people in a few different way:

The HBR cited another study by Professor Choi and colleagues that analyzed a company that started an employer retirement savings match with a cap of 4% of pay. Within six months, nearly a 3rd of new participants chose 4% as their savings rate — a nearly six-fold increase. The article explains that among Voya plans that provide a 5% cap have an average savings rate of 6.9%, while for those offering a 6% cap, the figure is 7.8%. Higher match caps generally lead to higher savings rates.

What some studies found that even though workers would respond to the match as well as the match cap, they did not pay attention to the match rate, which is the number of cents contributed by the employer for every dollar saved by the employee. For example if a company contributes 50 cents per dollar saved, it has a 50% match rate. Why is that?  Because there are no set standards or benchmarks to guide employees’ decision making,  CNBC reported in 2019, that the average employer 401(k) match contribution was 4.7% of salary  according to Fidelity. This number reflects a steady rise in average employer matches since 2011, when the average match was between 3% and 4%.

One organizational behavior and human decision process research study has found that when there is no set standard from which to evaluate numbers or when interpreting numbers requires putting a time and effort, people often tend to ignore them.

So with covering the background of these research behavioral findings, the HBR article author’s dove into analyzing the current match formula.  For most companies, they set the match as a percentage: of which the most common formula is 50 cents on the dollar up to 6% of pay. This combination will incentivize workers to save 6% — which usually isn’t enough for a secure retirement. According to some industry experts however, employees should be saving even more than that to be fully ready for retirement—5% early in their careers, 10% later on, and 15% as they approach retirement. Their perspective concluded that a percentage match also fails to motivate some workers to participate. Many people struggle with numbers (and percentages in particular), which makes it hard for them to fully grasp the value of the match. As a result, some leave matching dollars on the table.

So as the HBR article authors had mentioned, they have two new strategies that employers could implement to improve the match formula which could be mutually beneficial to both parties. The first suggestion is engineered to continue getting more workers to save while also alieving struggling companies during this Covid-19 recession to reduce costs. It proposes that companies use a fixed dollar amount match rather than a percentage of pay. As an example, they mentioned a company could give all its workers $1,200 annually if they save at a sufficient level. Which winds up being the equivalent of matching 50 cents on the dollar up to 6% of pay for someone making $40,000 a year, and it’s less than the usual cost of a current match.

A fixed dollar amount also has a benefit of: being straightforward and definite. A University of Oregon professor Ellen Peters and colleagues conducted a study, and found “that percentages often feel abstract and thus are easy to ignore. A fixed-dollar amount, by contrast, prompts us to think about what we could buy with that extra cash — a thought process that may make it harder to leave the money on the table.”

From a behavioral or Psychological perspective, it’s easier to pass up or decline a “6% match” than to pass up “$1,200.” And the fixed-dollar approach could be particularly helpful for lower-income workers, for whom the set amount would represent a larger share of salary.

The 2nd strategy that could be used by employers that need to cut expenses in this current economic crisis while still encouraging employees to continue saving for the future. It called a

stretch match, and while this idea has been around for a while, it can help companies defer some matching costs while we’re in a recession.

They cite an example, instead of a company offering 50 cents on the dollar up to 6% of an employees pay, the employer could offer 25 cents up to 10% or 15% of pay.  And in the short term, this could save the company money — possibly half of their matching costs. And if workers adjust their savings rate to the match cap, they will be putting aside more for retirement.

Now this process would ideally be gradual change, as the economy finally starts to recover, it would provide long-term benefits to workers, companies, and society.  One potential downside with using the stretch match formula is that a high cap could demotivate workers for whom putting aside 10% or 15% of their salary seems difficult, especially during a crisis such as this Covid-19 pandemic. So businesses should encourage participation by using a gradual savings escalator, which automatically increases the savings rate by 1% or 2% each year until workers reach a recommended level. Such escalators have helped more than 15 million Americans significantly increase their savings rate.

By adopting one of these approaches, companies can show their commitment to the sufficiently funded retirement of their workers while keeping costs in check. Amd keep in mind that employer contributions to employee 401(k) accounts are considered a business expense, and can help lower your business’s tax bill.  Of course, these are not the only strategies that could help workers and employers, and they might not be suitable for all companies. Whenever you make changes to your 401(k) plan, including any updates you make to your employer match, the plan document needs to be updated and changes need to be communicated to your employees. The Internal Revenue Service (IRS) requires every eligible employee to receive a Summary Plan Description, which details in plain language the specifics of your company retirement plan. When you add or change an employer match, a new Summary Plan Document will include details like:

We encourage those employers thinking about cutting or eliminating the match to consult with their 401(K) employer plan advisers on ways to retain it in a more effective form. You can also ask your retirement plan adviser to help communicate any updates to your employer match with your employees. Contact Huckabee CPA if you have any questions or would like a free consultation.