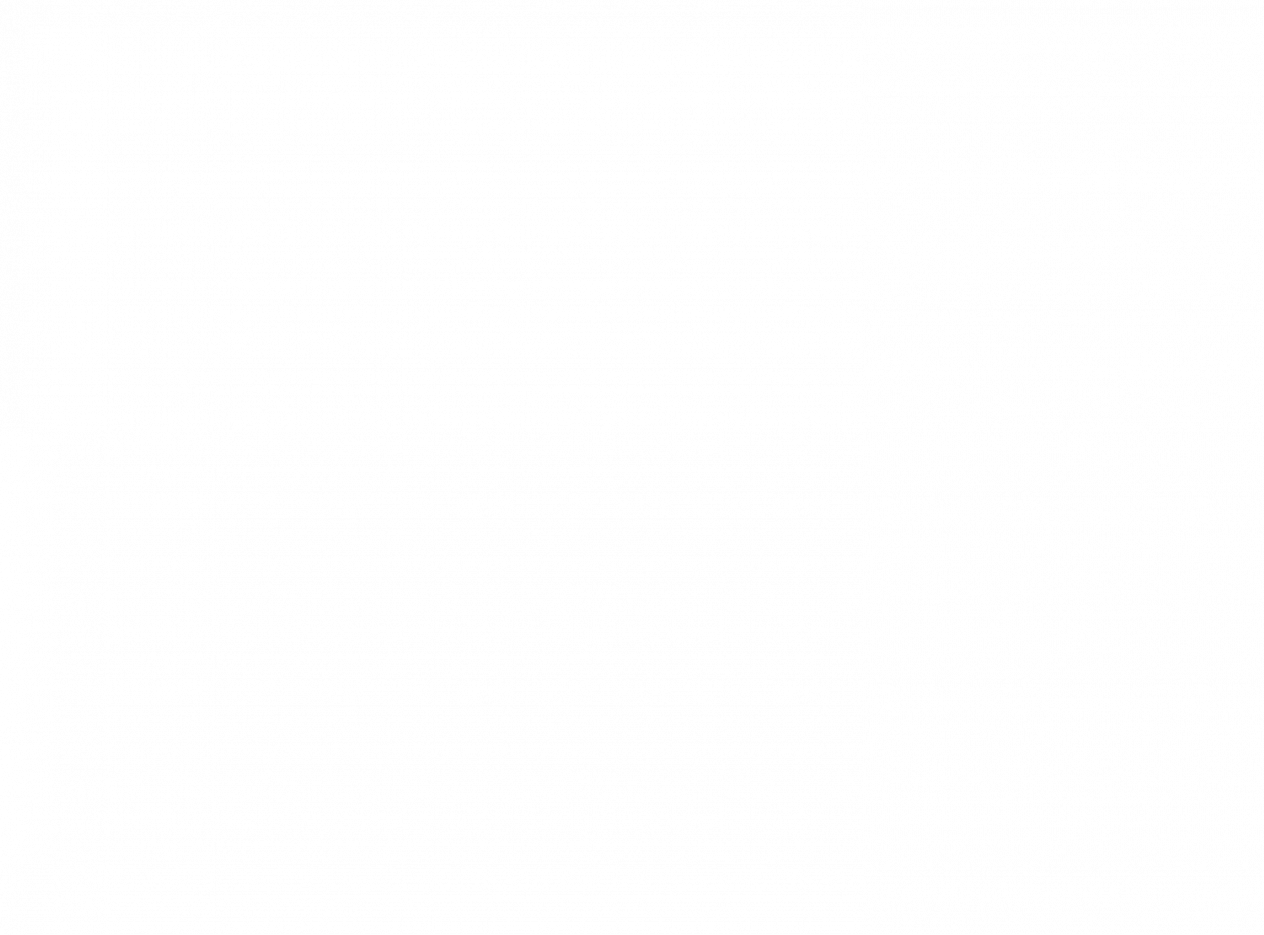 By Thomas Huckabee
Posted October 13, 2020
In estate planning
Advisors are urging Affluent families to utilize the TCJA estate tax rules to protect their wealth from a possible Biden win2020-10-132020-10-14https://tehcpa.net/wp-content/uploads/2015/12/THinc_LogoV8.pngTHInchttps://tehcpa.net/wp-content/uploads/2020/10/advisors-are-urging-affluent-families-to-take-adavantage-of-the-tcja-estate-tax-rules.jpg200px200px

According to a recent Bloomberg article by Ben Steverman, many advisors are telling rich families to act now and transfer wealth to the next generation by taking advantage of the current generous TCJA estate tax rules or risk losing millions later if Biden becomes President. A CNBC reporter Robert Frank also published an article titled “Here’s why rich kids could get hundreds of billions from their parents if Biden wins” about the same discussion that is happening with wealth advisors and estate planning attorneys.

This is being advised as precaution if the Democrats were to win the White House and the Senate in the November election. The former VP Joe Biden has proposed raising taxes substantially higher on the rich, which includes, according to Mr Steverman “making it much harder to avoid a 40% levy on large estates.”  If the wealthy families transfer fortunes to their next heirs now, they can take advantage of the generous estate tax rules that were signed into law with the Trump Tax Cuts and Jobs Act.  The Republican 2017 tax law changes made substantial changes to the estate and gift tax exemption. By doubling the amount that rich households can pass on tax free, to $11.58 million of assets for individuals and $23.16 million for couples this year. Beginning in 2018, fewer estates will be subject to the 40% tax, and larger estates will likely owe less tax.  Some Democrats have complained that savvy wealth management advisors and estate planning lawyers can protect much more from taxes by utilizing complex planning techniques or “loopholes”.  There are also variety of trusts — from SLATs to BDITs, GRATs and more — that can help you be proactive in protecting your wealth.  The CNBC article stated that a couple leaving $20 million to their kids would currently pay no estate tax, since up to $23.2 million is exempt. If Biden gets his tax plan, the same couple would pay $5.9 million in taxes on a $20 million gift. 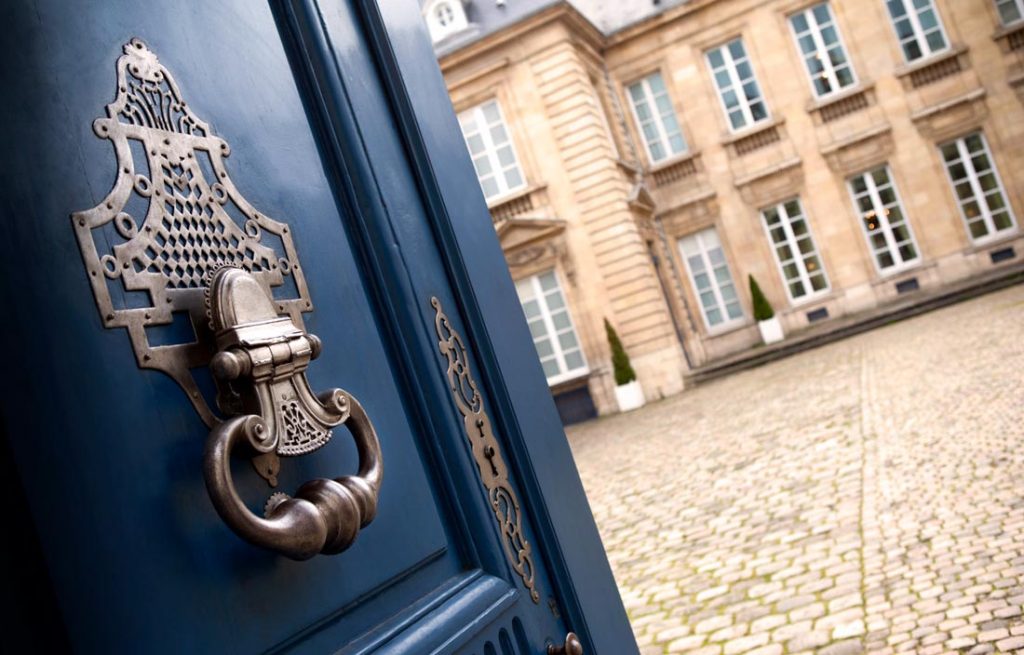 Jere Doyle, an estate planning strategist at BNY Mellon Wealth Management said to Bloomberg, “We’ve been telling people: ‘Use it or lose it,’” and went on to further say “It’s the golden age of estate planning for a lot of people. We may not see anything like it again.”  There is a professional snowboarder named Jussi Oksanen that once said “hesitation equals devastation”.  Meaning if rich Americans take the wait-and-see approach to what happens with the election and don’t take action before, they might end up losing their chance, according to the bloomberg article. Meaning it takes time to set up trusts, and figure out which assets to transfer, and get businesses & real estate appraised and other valuable possessions like art. And if there ends up being a Democratic sweep, many attorneys and financial planners are expecting to be very busy in the next few months.

Alicia Cole, a wealth manager with Plante Moran, published an article that covers one of Biden’s other revenue proposals. “An additional proposal by the Biden campaign is to eliminate the basis adjustments for appreciated assets upon passing.” Currently, when a taxpayer dies, the assets in his or her estate receive a basis adjustment to fair market value as of the date of death, meaning that heirs may sell assets without realizing a capital gain. Biden proposes eliminating this basis adjustment, which could either mean heirs receive carryover basis and may have to plan around low-basis assets, or even that the estate will realize any capital gains on the decedent’s passing, making the capital gains tax due immediately.

According to Edward Renn, who is a partner at Withers law firm he told Bloomberg, “If there is a blue wave, people are going to be hard-pressed to even find lawyers who will meet with them,” and went to explain. “There will be such a flood of demand. That’s why we’re saying to people, ‘Come in now. We have time for you now.’”

Now if you have watched the first debate, there are still questions surrounding what Biden will try to do since he has yet to release a fully detailed tax plan. Instead he has spoken about various ways he would raise revenue  — almost exclusively targeted at the wealthy and corporations —  to cover the costs of extra spending for healthcare, infrastructure upgrades and fighting climate change. Mr Steverson, points out that Moody’s Analytics last month estimated that Biden’s tax hikes, including higher levies on corporations and individuals earning more than $400,000, would raise $4.1 trillion over 10 years. Lowering the estate and gift tax exemption to the 2009 level of $3.5 million would raise $267 billion.   Currently for large estates the clock is already ticking. As Mr Steverson noted that the 2017 tax law’s higher estate tax exemption expires in 2026, when it is slated to drop by half.

So on the other side of this inheritance debate, some wealthy entrepreneurs such as Bill Gates and Warren Buffet, have worried about leaving too much of their fortunes to their kids and grandchildren would not be healthy, their inner drive to go make something of their life. Mr Steverson stated that a popular wealth planning tool called a Spousal Lifetime Access Trust. This lets an individual pass wealth out of their estate but allows a wife or husband access to the money. They are also known as SLATs, and these asset transfer vehicles are used quite often with married couples.

For billionaires and the super-wealthy, transferring assets to the next generation is a no-brainer from a tax perspective. But many still resist giving up control of their fortunes, or drag their feet because they don’t want to think about uncomfortable realities.

Michael Simmons, director of financial planning at Transitions Wealth Management said “a lot of people don’t want to do estate planning. It forces people to look at their own mortality,” Especially in the realms of the rich,  Mr Simmons explained that people want to do things on their time schedule. They don’t want someone dictating to them.

But even if Biden and the Democrats win in November, affluent Americans might have extra time to put plans in place. While Congress would have the option of imposing a retroactive tax hike to the beginning of 2021, lawmakers may wait until 2022 or later to change the rules.

The Bloomberg article mentions that there are other reasons not related to taxes that the rich households may want to transfer wealth sooner than later. The current low interest rate environment means that one strategy that affluent people can use is loaning assets to their kids and grandkids at ultra-low interest rates without it triggering any tax consequences.  Another thing to note, is that the value of a lot of private businesses have gone down along with the economy over the past 6 months.  Which makes it easier to pass it on to family members without it gobbling up their whole gift tax exemption.  A CNBC article published in February 2020, mentions that transferring appreciating assets — such as a stake in your business — offers even more tax savings potential, especially if your business is still in its early stages. Michael Garry, a financial planner and lawyer at Yardley Wealth Management told CNBC “If you have shares in your own business, you can gift [them]; then the appreciation takes place out of your estate.”

With the plunging interest rates and volatile equity markets have been creating a once-in-a-lifetime chance that’s keeping wealth advisers busy even as they work from home. Another Bloomberg article that was published in May by the same reporter pointed out that key interest rates set by the U.S. Treasury and Internal Revenue Service for estate-planning purposes are at all time lows. At the same time, equities and other investment holdings are experiencing a decline from record-high values. This combination of market volatility and low interest rates create an opportunity for high-net-worth individuals. It may be a good time to consider strategies to manage the tax impact on your estate and family business transitions. 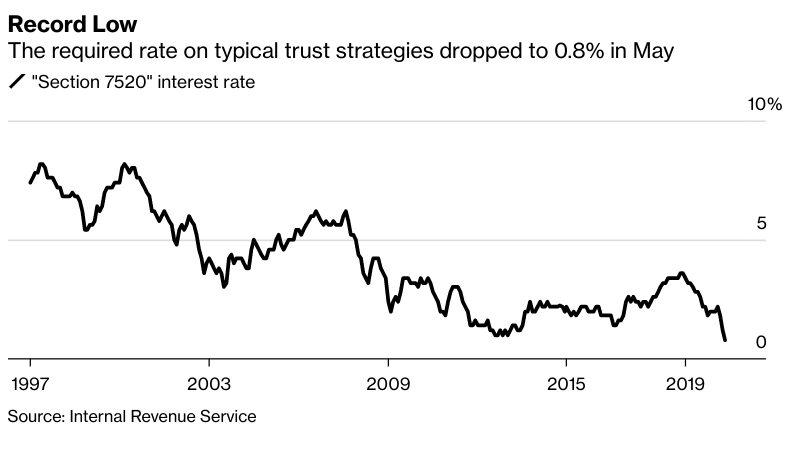 For example, the so-called Section 7520 rate, determined each month based on a formula, fell to 0.8% in May from 1.2% in April. It had been well above 2% for most of last year. The previous low for the rate, which applies to many popular trust strategies, was 1% in January 2013.

The simplest way for the rich to take advantage of the low rates is to loan cash or other assets to family members with intrafamily loans , Charitable Lead Trusts (CLTs) and Grantor-retained annuity trusts  (GRATs). Heirs can borrow millions of dollars, then invest the money and profit from any upside. which lets beneficiaries profit from any future investment gains — with no risk of losing money — as long as those returns are higher than the IRS-required interest rate. The lower the rates, the easier for heirs to make money.

Beneficiaries can lock in today’s ultra-low rates for years or even decades. The IRS-required rate on “mid-term” loans of 3 to 9 years is 0.58% in May. The rate on longer-term loans — which can last 20 years or more — is 1.15%.

Marshall Rowe, president of business owner services at the Colony Group told Bloomberg, “It’s a great time to transfer assets between generations,” he added that “the combination of lower valuations and potential future tax increases is driving a lot of planning activity.”  While some advisors warn about getting into unnecessary complicated estate planning, meaning some attorneys have built-in financial incentive to make things more complex than they need to be. The final take away strategy from wealth planning advisors is a person can loan the current exemption amount to a trust benefiting their heirs, or directly to their children,  Then, if Biden wins in November with a wide Democratic majority, they can simply write a letter forgiving the debt. The attorney Mr. Renn said “there might not be much time to do much else,” and further explained that what they are trying to do for their clients is to make sure they have a lifeboat in place.

Even families whose estates won’t be subject to the estate tax currently may find themselves with taxable estates in the next year or two and should revisit their estate plans to ensure they still function as intended within the parameters of any new tax legislation.  Huckabee CPA offers trust and income tax preparation services in San Diego.  Contact Huckabee CPA if have any questions or would like a free consultation.