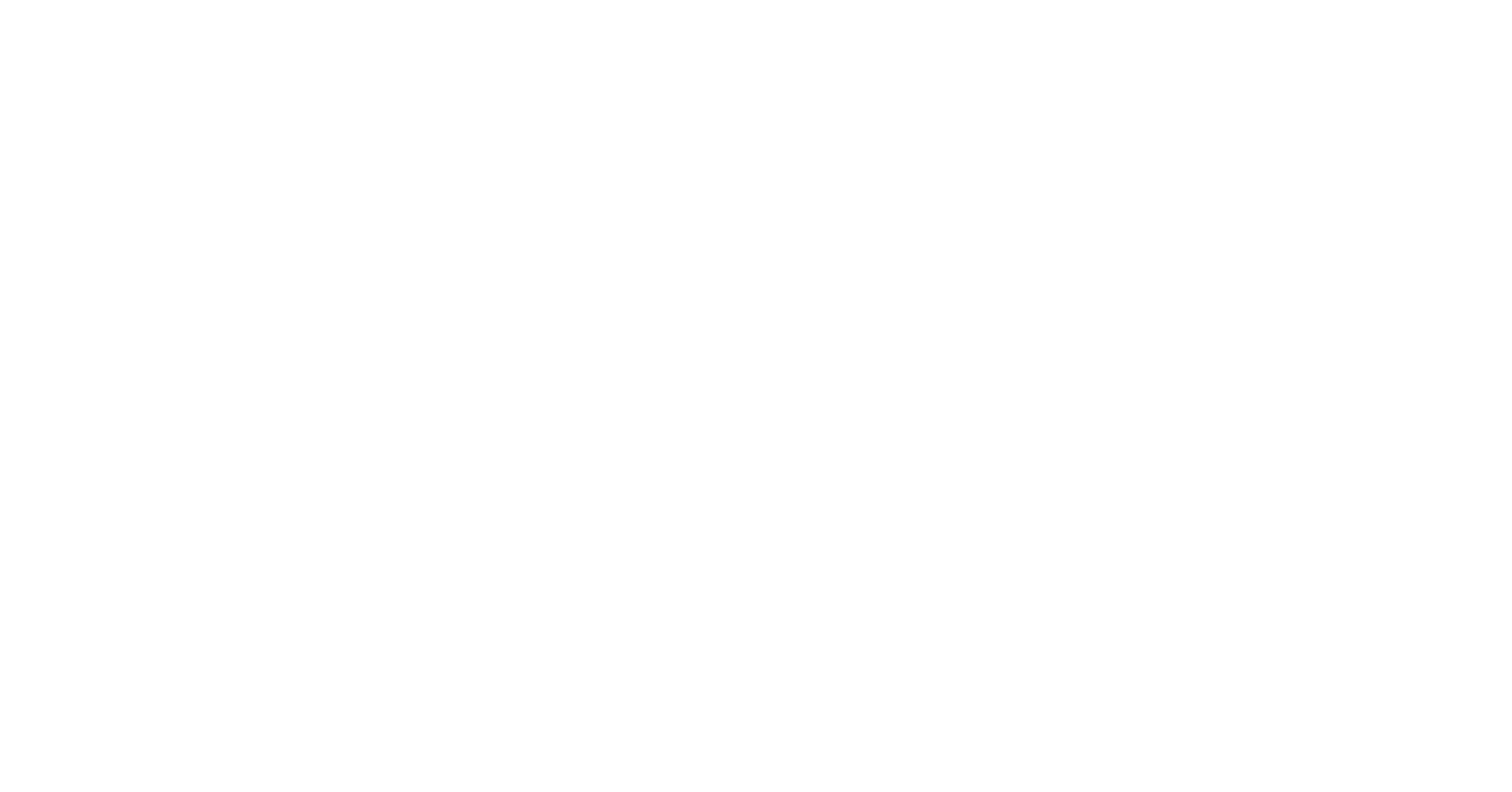 Fortune mag recently published a post stating “you’ve seen it all over the headlines: VCs are slowing their check-writing pace as we head further into the year. And raising money for your startup could get even trickier in 2023, even for the early stages.”

A founder of Launchhouse startup incubator, Michael Houck recently wrote a blog post about his experience of raising vc funding from a16z and gave some insights into what VCs actually look for when thinking about investing in a company.

And as are at the end of 2022 and heading into the new year he points out that successfully raising money is harder than ever — interest rates are up, VCs are trying to extend the life of their current funds, and deals are down as a result. According to a recent Forbes article, In the third quarter of 2022, VC funding totaled just $81 billion, according to Crunchbase. That’s 33 percent ($40 billion) less than the previous quarter, and 53 percent ($90 billion) less than in 2021.

Mr Houck stated that “most advice I see about how to fundraise is contradictory or incomplete. the list below tries to be neither of these things.”

1 Are you pitching the right investors

Not all VCs are looking to invest in every sector. In fact many are thesis-driven, meaning they invest in startups that align to ideas about the future that they already have, Or in sectors that are particularly interesting to them.

You can tell what most VCs are interested in at any given time with a little research. the reason VCs post on Twitter, write newsletters and appear on podcasts is to advertise the areas they’re interested in at any given time to founders who may be paying attention. There is a tool called Pitchbook for startups that allows you to curate and compare a list of investors who are active in your industry, stage, and location. Identify and learn more about the individuals who are leading these deals so you can connect with the right contact and create a pitch that speaks to them.

This is good news for founders — you can self-select into reaching out to investors who are more likely to already believe in what you’re building.

Your job isn’t to make them believe in the problem behind your idea, it’s to find the ones who already do.

2 Do you have a big vision?

VCs know that 90% of startups fail. each investment they make is a risky bet, with a small number returning the value of their fund multiple times over. Startup founders should focus on how big the opportunity is rather than how likely they are to be successful. this gives VCs confidence that the founder understands how risky (but exciting) their startup is.

3 Are you building a company in a growing market?

a VCs job is to pick which markets will grow faster than others right now, many VCs believe the market for various applications of AI APIs is likely to grow incredibly quickly over the next few years, which is why you see them talking about it on Twitter and investing in startups that make use of AI models like GPT-3 and stable diffusion founders should make it clear that their market will continue to grow quickly — and ideally accelerate!  Mar Hershenson, a Managing Partner, at Pear VC told Forbes “recessions are a great time to build significant companies (discontinuity leads to opportunity). Generally in a recession the lack of money forces people to be more creative, solve only problems that people are truly willing to pay for (even when the budget is tight), and be more frugal, only spending on things that move the needle.”

4 Do you have a unique insight

VCs want to make asymmetric bets — they want to back founders who zig when others are zagging. Startup founders should communicate that they understand something that’s not commonly understood.

One of the best ways to find out insight is by talking to potential users and asking them about their current pain points. then, present these findings to VCs when you’re pitching.

VCs see a ton of pitches — probably more than you’d think, the best way to stand out quickly is to communicate clearly and concisely. founders should practice how they describe their startup over and over again.

One trick Mr Houck suggests using is the hemingway editor. It gives you actionable feedback on how to make your writing more clear, which can translate to how you talk about it in conversation. In the Fortune article, Techstars CEO Maelle Gavet recommends founders have a “stronger, crispier” pitch for prospective investors.

6 Have you gotten early traction?

if you’re very early, you can show that via testimonials or LOIs, but eventually, you’ll need to demonstrate it via usage and revenue.

Sean ellis’s product market fit survey can help here as well. if over 40% of your users say they’d be very disappointed if your product no longer existed, you’re likely on the cusp of PMF regardless, founders should build something people actually want.

7 Do you have a defensible moat

what makes your startup unique and defensible? it’s a negative signal if a user can get the same product or service elsewhere. ideally, you’re able to leverage network effects and the user experience improves with each new incremental user of your product.

If you’re in the early stages, you should still be able to talk believably about why a moat will grow over time if one doesn’t exist yet.  James Currier, founding partner of early stage VC firm NFX, told Fortune,  building network effects into your business “from day one” is key, he says—NFX wants to know that by the time the funding runs dry, “you’re going to have some evidence that you will win the market if it keeps going like this,” he says. Meanwhile, showing that you have and can recruit “the best of the best” for your team is another green light Currier looks for.

8 Is the timing right not being too early or late

Venture capital investors use broad trends to judge whether users are ready for your product, and being early is just as bad as being late — vine was early but tiktok is a $100 billion product.

Founders should make sure they’re going after trends that the market is ready for and current technology can support.

9 Having a good reputation

Especially in a recession or bear market, VCs will absolutely always do blind reference checks on you before they offer to invest common questions that get asked in these calls are pretty broad — they’re looking to probe for strengths and weaknesses that they may not have caught themselves a positive reference will go a long way and, critically signal that a founder will be able to hire and retain capable team members from their own network (which will make hiring much easier overall).
Founders should be sure they have good relationships with past coworkers and partners.

10 Do you have relevant experience or expertise in this area?

Founder market fit may be as important as product market fit. A founder’s experience in the market means they’ll be able to move faster, and speed is the number one advantage that startups have founders should solve problems that they understand well. If they don’t have experience in a market, they should spend considerable time talking to customers before diving in and as they grow.

11 Having a scalable growth channel

Having a great product is one thing, being able to find and attract people to use it is another it’s true that early on you should do things that don’t scale, but your startup won’t survive without a scalable distribution strategy once you start down the venture path — you simply won’t grow fast enough to be able to raise more capital.

12 Passion for the problem

VCs know that startups are really, really hard. they’ve seen founders burn out founders should demonstrate that they care deeply about the problem they’re solving.

lastly, remember you’re the one letting them in on something that may end up being huge! I notice that many founders feel like VCs have the power, but if you’ve got all or most of the above things going for your startup, the opposite is actually true.

For startups that have already raised funding previously, The Fortune article suggests, those founders should be looking to their board or advisory council, because “you’re going to have more reference checks being done by VCs, you’re going to have more follow-on rounds from existing investors rather than new investors,”  Mrs. Gavet says. If you don’t have people on your board or cap table “who is really going to be by your side to help you, it’s going to be very, very difficult.” Some startups may have their valuations cut and might have to take a down round,  Mrs. Gavet told Fortune,  “But if you manage that, it may actually not be a bad thing, and it may help you restart on a more healthy base,” and get realistic from a valuations perspective.

15 Understanding your revenue numbers will matter

Founders should also keep in mind that the benchmarks investors are looking for are going to be “heightened” in this environment, suggests Kyle Stanford, a VC analyst at PitchBook. “If last year, investors were looking for $1 million in ARR [annual recurring revenue], they’re probably looking for $2 million or more in ARR before they make an investment,” he argued.

The Forbes contributor cited above stated that “despite the turbulence of 2022, many of the investors we interviewed expressed guarded optimism for the year ahead. We’ll see more resilience, more rigorous diligence, more diversity, and a greater focus on solving big problems that matter. These are shifts in the VC industry worth celebrating.”

If your startup is an early-stage company that is looking to fundraise in 2023, you should be thinking about preparing tax and finance due diligence materials, contact Huckabee CPA for a free consultation. 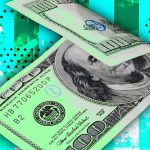