Why is Congress Postponing the ACA “Obamacare” Tax on “Cadillac” Health Plans? 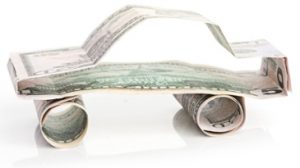 In December 2015, the United States Congress delayed the implementation of the Obamacare “Cadillac tax” to 2020.  The Cadillac tax is a 40% excise tax on high-cost employer health benefit plans.  Effectively, the Cadillac tax puts a cap on the tax exclusion allowed for employer health benefit plans.  Currently, the tax break created by excluding health benefits from taxable income and payroll taxes creates massive incentives for employers.  But, if employer’s pay more into their employees’ compensation via health benefits, rather than actual wages, there is overuse of health care services and a growth in health care costs.  Moreover, the exclusion provides a disproportionate benefit to the wealthy.

How does this tie into labor unions, one might ask?  Well, labor union members (big labor) comprise roughly 5% of the American population and labor unions have big issues with the Cadillac tax.  This is because union health plans are drastically more costly than non-union health plans.  During the 2016 election, there was a slight irony when Hillary Clinton made a campaign visit to a certain 5% of people in Nevada.  This 5% of people were not Wall Street executives, they were union leaders and members who opposed her in 2008.  Cutting taxes for labor union members is every labor union’s top priority…and it has also become the focus of many politicians.

Unions want Congress to completely repeal the Cadillac tax so it does not hit their members.  Actually, this would present a wonderful opportunity for conservative reformers and their relations with the middle class when it comes to taxes.  This is because the middle class will get a tax break as health care becomes more affordable and efficient.

You get more of something if you subsidize it; this is precisely what has been done with some employer-provided health plans.  When employers offer insurance that is tax-free rather than wages, which are subject to taxation, a dollar of health insurance is worth more than a dollar of wages.  This anomaly gives a convincing explanation for why the country’s health care costs are so astronomical: Employer over-investment in health insurance has made employees less aware and less sensitive to health care costs, giving employers leeway to continue raising costs.

Among those guilty of over-investing in insurance are public-employee union plans.  New York is a good example of this idea.  In 2014, the average single coverage deductible was about $1,200 and it carried a $2,000 deductible (sometimes more).  Conversely, the 2014 health plan for the roughly $60,000 NYC unionized transit employees had no deductible and no premium payments.  In Detroit, we see the same trend.  Members of the auto workers union in the private sector pay 6-8% premium contributions.  This is in stark comparison to the 23% for non-unionized plans.

The Basic Flaw with the Cadillac Tax

As mentioned, the tax subsidy for health plans that are employer-based end up benefiting unionized far more than non-unionized taxpayers. The very basic flaw is as follows: the Cadillac tax will put the highest income tax rate in American on any employees above a certain threshold.  The Cadillac tax rate is applying the tax rate for the top 1% to the other 99%.  The Cadillac tax was only one alternative that was discussed to limiting this subsidy.  Thresholds for the 40% Cadillac tax are as follows: $10,200 for an individual and $27,500 for families.  So, if this tax goes into effect in 2020, anyone over those thresholds will have to pay a tax of 40% on the value that exceeds the threshold. 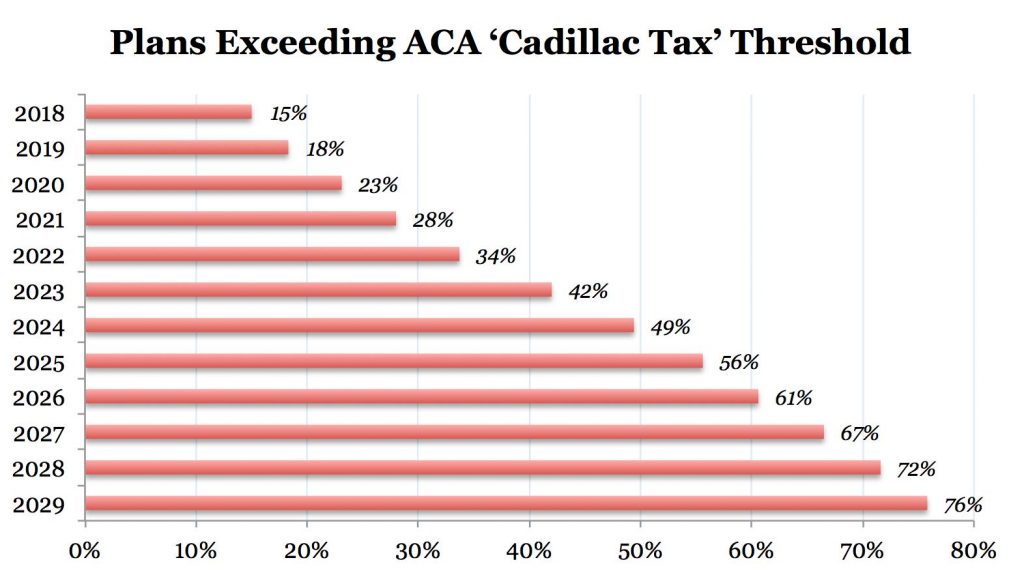 A more simple approach which has been brought into consideration, and is very popular with economists, is the altogether elimination of the tax exemption for employer health care plans.

Sadly, this this is politically infeasible.  The next logical choice is now to discover a middle ground between elimination of the tax and implementing the tax.

Dropping the Cadillac tax (without a replacement) would put even heavier financial strains on taxpayers and continue to reduce pressure on unions to restructure their health care plans.  During the 2016 election, Senator McCain and Senator Rubio both offered initial proposals whereby workers who do exceed thresholds will pay taxes at their marginal rate, not the punitively high maximum rate.

Despite everything, union opposition to the Cadillac tax continues to be short-sighted.  Looking at the big picture and long term implications indicate that runaway health care inflation can have many negative effects.  For example, employee take home pay is reduced. At the same time, reducing incentives for health care providers reduces competition in the marketplace as competition for cost and quality diminishes.  According to a Forbes article, Obamacare’s ‘Cadillac Tax’ could help reduce the cost of health care.