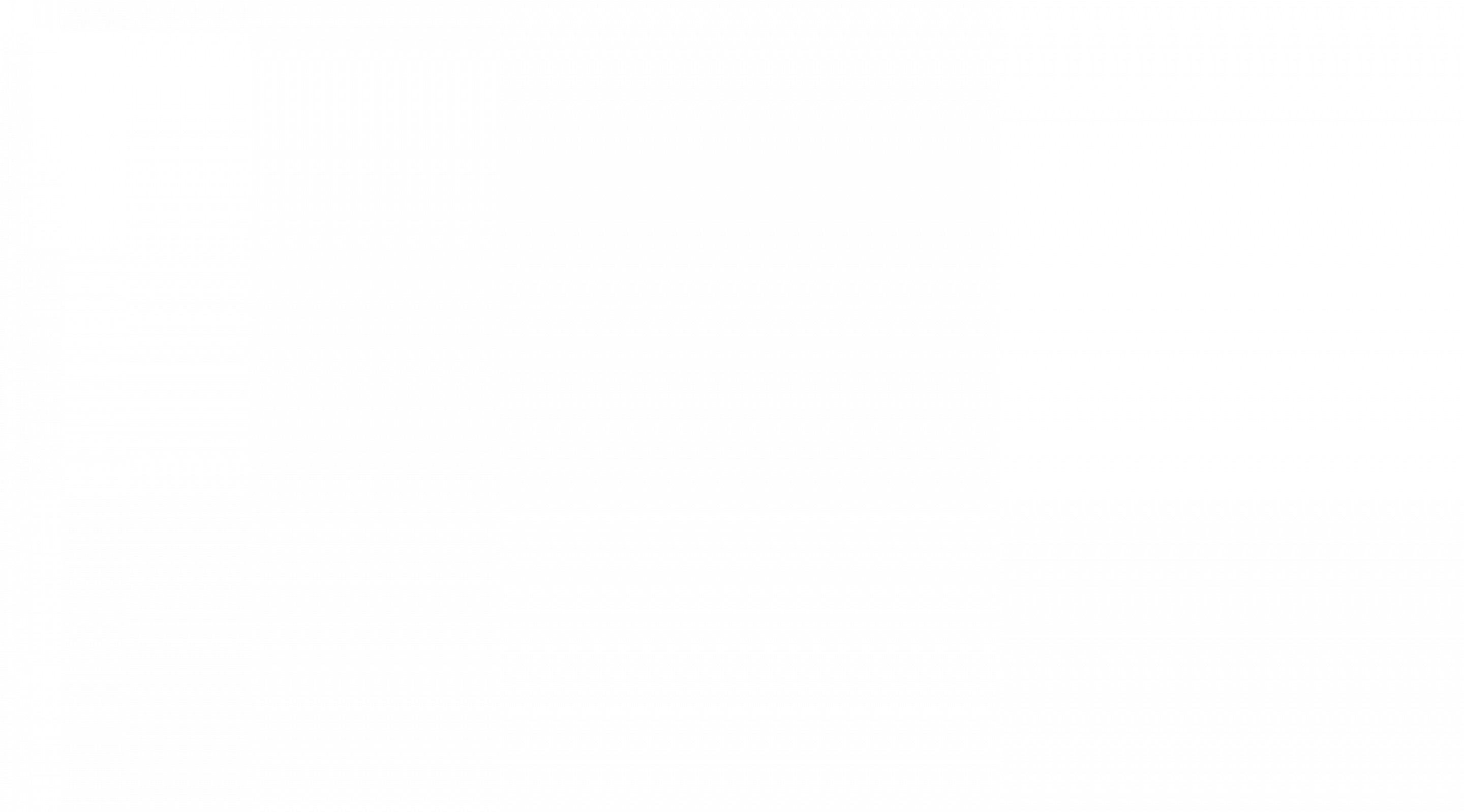 Last month on November 19th, 2019 a New York Times columnist Neil Irwin wrote an interesting tax analysis article using data from Moody’s titled “How Democrats Would Tax High-Income Professionals (Not Just the Mega-Rich).” That concluded that Democratic presidential candidates such as Elizabeth Warren’s tax proposals would raise taxes on many professionals making 200k plus a year, not just on billionaires.  And the Moody’s data found that many Democratic-leaning states would feel the most tax increase burden. If you watched any of the past Democratic primary race debates, you would see how much of the talking points from Bernie Sanders or Mrs. Warren have been primarily focused on the changing tax policies that would tax the ultra-rich aka the “billionaire class”— policies that would attempt to reduce inequality and pay for progressive goals on health care and education. What has been left out of the talking points for these Democratic policy proposals is that it would not just affect a small portion of ultra-wealthy Americans, but it would raise taxes significantly on millions of high-income professionals, according to Mr. Irwin.  And many of the higher tax-bracket income earning professionals are living in “Democratic stronghold states”, which if enacted would see one of the largest tax increases in recent memory.

Social Security—which consists of Old-Age and Survivors Insurance and Disability Insurance—is financed primarily by payroll taxes on employers, employees, and the self-employed.  Mr. Irwin points out that in this current year, “American workers and their employers owe a combined 12.4 percent on Social Security payroll taxes for income up to $132,900 (rising to $137,700 in 2020).”  And as of now, they would owe nothing on earnings above that level.

Some of the left-leaning Democratic candidates would like to change or even get rid of that cap — which could potentially place a new double-digit tax hit on high-earners, with a number of these plans being proposed to focus on earnings above $250,000.

Now this would funnel a lot more tax revenue into Social Security, allotting for more generous benefits as well as sustaining budget funding for a program that is on a path to being forced to cut the benefits in the upcoming decades ahead if nothing gets done.

Here is the rub, the result would be a significant tax increase on high-income earners, and this is even before any other tax policy changes from a potential Democratic Presidential Administration might contemplate such as increasing income tax rates or taxes on investment income.

During the Obama Presidential years, “the top income rate was only increased by 4.6 percentage points, and a Medicare tax of 0.9 percentage points was placed on high earners to help pay for expanded health coverage,” Mr. Irwin stated. According to some estimates, applying Social Security tax on incomes would raise the combined taxes owed on each additional dollar of income earned by top professionals by as much as 2 to 3 times as much.

By eliminating a current feature of the Social Security system that has been considered politically untouchable through the past few decades — “that the taxes Americans pay in are closely related to the benefits they eventually receive, assuming they live long enough,” Mr Irwin wrote.  Conversely, these top earners facing these new Social Security taxes would not see their future benefits rise commensurately; instead, it would amount to a transfer from high earners to low- and middle-income Social Security recipients.

Now Kyle Pomerleau, a resident fellow at the American Enterprise Institute, a conservative think-tank stated in the article that “the traditional argument has always been that Social Security is very popular because it’s not seen as a traditional welfare program,” and he furthered it by saying that “what you pay in roughly corresponds to what you get. Once you start taxing certain levels of income without providing additional benefits based on that tax, you are breaking that link.”

Now some prominent affluent liberals and celebrities have said they don’t mind paying more in taxes, but this new Democratic approach to funding Social Security will be a litmus test to what wealthy left-leaning professionals are willing to sacrifice to accomplish these progressive goals.

Recently, almost all of the Democratic senators voted to eliminate a cap on the deductibility of local and state taxes. These deductions obviously favor high-income earners in high-tax states, and the cap was part of the Trump TCJA legislative tax reform law in 2017.

Now Elizabeth Warren who has the most detailed proposal would like to tax earnings above $250k at 14.8 percent, including both the employees’ and employers’ share. If enacted it would finance an extra $200 a month in retirement or disability benefits for beneficiaries of Social Security — a 15 percent increase for the average recipient, being written as a way to help get many retirees out of poverty. This tax would also increase Social Security benefits for people with widowed spouses and for those who worked as caregivers outside of the conventional workforce. 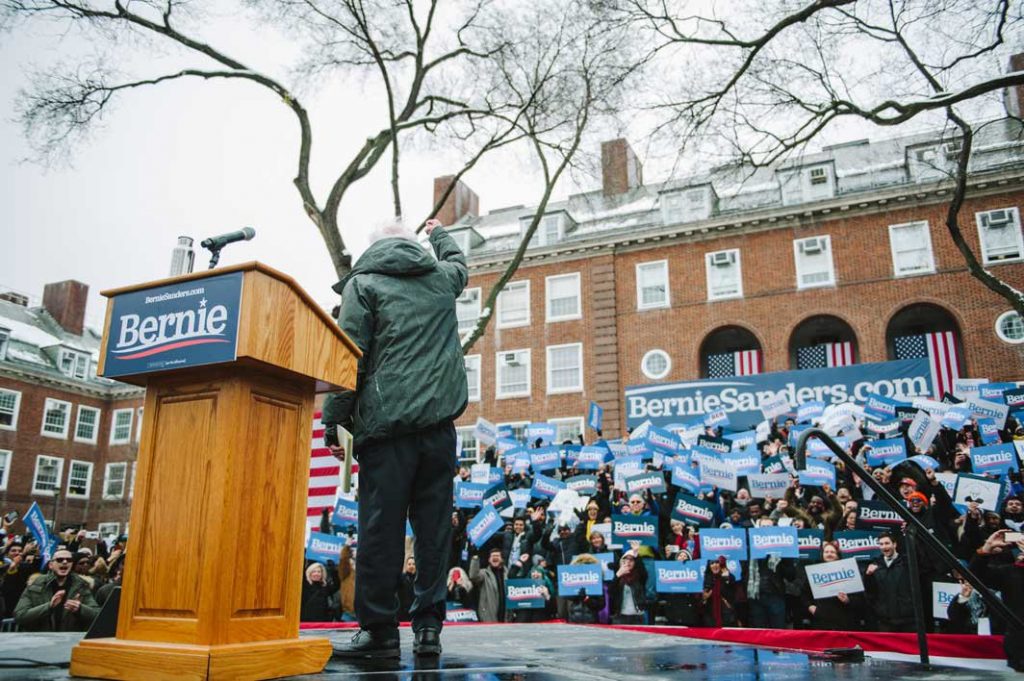 Mr. Sanders would also apply the current 12.4 percent combined Social Security tax rate to all income above $250,000. No “Malarkey” Joe Biden has stated he wants to increase benefits and strengthen Social Security’s finances without mentioning what details or changes would be applied to payroll taxes he would use to make it work.

Currently, there is a bill supported by a wide coalition of House Democrats would apply the current tax of 12.4 percent to all earnings above $400,000, and gradually raise the combined rate to 14.8 percent.  Now Mr. Irwin has pointed out that Senator Warren’s plan has not received as much debate, press or attention as her proposed wealth tax on families with assets of more than $50 million. And it should get more debate because her Social Security plan would affect around 7 million American workers, compared with the 75,000 that her advisers estimate would be affected by the wealth tax. Recently a Warren campaign spokeswoman, named Saloni Sharma, stated that “she will extend the program’s solvency by nearly two decades by asking just the top 2 percent to contribute more,” and went on to claim “she will provide a $200 immediate increase in benefits across the board for every current and future beneficiary — the biggest increase in benefits in nearly 50 years.”

Mr. Irwin pointed out that under Ms. Warren’s Social Security plan, and not enacting any other changes to the tax code, a family with one wage earner making $300,000 a year, for example, would pay an extra $7,400 in tax each year. For each additional dollar earned over that level, total federal tax obligations would rise to 39 cents, up from 27 cents today. (Those numbers include both taxes deducted from workers’ paychecks and those paid by employers, which economists believe are ultimately borne by workers.)

The Chief economist at Moody’s Analytics, Mark Zandi weighed in by saying “this is a much bigger deal for more households than the wealth tax.” Mrs. Warren’s campaign had asked him to analyze her tax proposal for her campaign. He further stated “the wealth tax is a mind shift, opening up a new source of revenue. In terms of the number of people impacted, this is much bigger.”

For example, those working in the lucrative investing and finance industries who make millions of dollars and are living in a high-tax location like New York City, the combined marginal tax rate — including federal income tax, Medicare and Social Security tax, and state and local income tax — would be about 63 percent. Now if you compare that to the country of Sweden, who happens to currently have the highest top overall marginal tax rate among rich nations, at 60.1 percent, according to the Organization for Economic Cooperation and Development. The Sanders and Warren Plans would apply Social Security taxes to investment income (Capital gains) for the first time, not just earnings. And this would make it more difficult for high-income people to avoid taxes using strategies as reclassifying their labor income as business income. This also could produce an outcome of lowering the accumulation of savings, and over time reduce investment in the economy. Now, of course, it’s not surprising that according to public opinion polls having increased or higher Social Security benefits are quite popular.   According to Moody’s data, the “tax increases proposed by Ms. Warren or Mr. Sanders would apply to a slim minority of earners: 4.6 percent.”

Another interesting revelation from the Moody’s data discovered is that the higher tax increases would come from Democratic-leaning states. The 12 states with the highest share of earners who would have higher tax bill’s all voted for Hillary Clinton in the last election in 2016, led by Connecticut, Massachusetts, New Jersey and California. Representative John Larson, a Connecticut Democrat who is author of the congressional Democrats’ plan to expand Social Security benefits. Told Mr. Irwin that “people who live in affluent areas and are making good money, are they going to jump with glee overpaying more taxes?” He went on to say said rather frankly “I can’t argue in good faith that people are sending me love notes from wealthy suburban counties.” Again he mentioned the argument, that some people who make a large income will be willing to pay higher taxes to ensure that the Social Security system remains financially viable and that beneficiaries receive an adequate income.  That wealth inequality keeps coming up.

“Are we prepared to look people in the eye and tell them that with the enormous wealth disparity we have that people who have worked all their lives shouldn’t be able to sustain themselves with dignity?” Mr. Larson said.

Basically these Democratic tax policy proposals would increase taxes significantly on the individuals who have reaped the benefits of the 21st-century economy — high-income professionals who are disproportionately located in affluent coastal areas — and redistribute it to the middle-income people in the middle and southern states.  Mr. Irwin found that according to the Congressional Budget Office data, over the past few decades, the share of total earnings that escape Social Security tax has risen — a reflection of rapidly rising earnings at the top of the income scale. If you compare back to 1983, where 90 percent of earnings were subject to Social Security taxes; the rate fell to 83 percent in 2016.  One could make the conclusion that in some ways these Democratic proposals were devised to try to reverse that trend, by disproportionately taxing more of their own voters’ paychecks. Mr. Irwin spoke with Nancy Altman, president of Social Security Works, which advocates expanding benefits, who said: “the goal is to provide economic security, so the first question is what level do we want and what is the fairest way to distribute the cost.” She went on to further say “given income and wealth inequality in the last few decades, I think all of these proposals make sense. The question is how to spread the cost while not undermining the basic structure of the program.”  She said that even high-income professionals that make a yearly income above the current cutoffs would also see the expanded Social Security benefits (though not in proportion to their higher earnings), and the rate they pay would be the same as for low- and middle-income people.

If the media headlines and talking points from the debates started to say that taxes will be going up on top producing professionals earning over $250k not just billionaires would that change the voting perspective or support for the Democrat candidates?