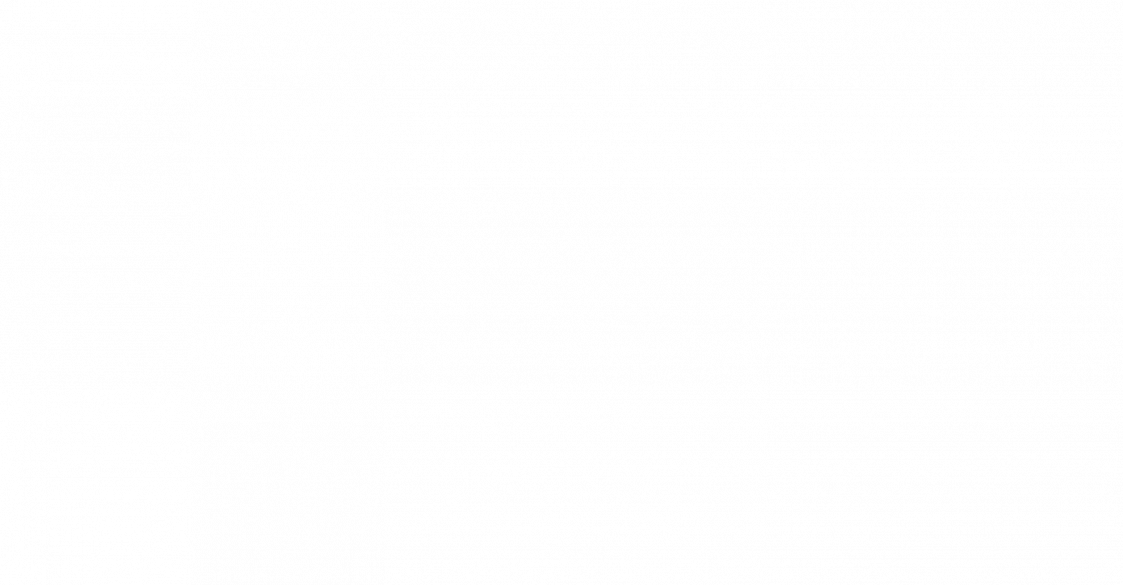 Just as many taxpayers just got done with a highly unusual 2020 tax filing season, with Covid-19 pandemic-related relief measures altering their taxable income, other tax law changes are coming into place. But for reasons largely unrelated to the pandemic, certain revisions to the tax reporting rules affecting the sharing, independent contractor, and freelancer economy sector have taken place over the last few months and will have some significant effects going forward. Recently Joyce Beebe, Ph.D, a fellow in public finance at the Baker Institute, wrote about these changes. This article will cover two such changes and their implications for tax administration and compliance: the comeback of Form 1099-NEC, and the reduced reporting threshold of Form 1099-K (the Paypal Loophole is going away). 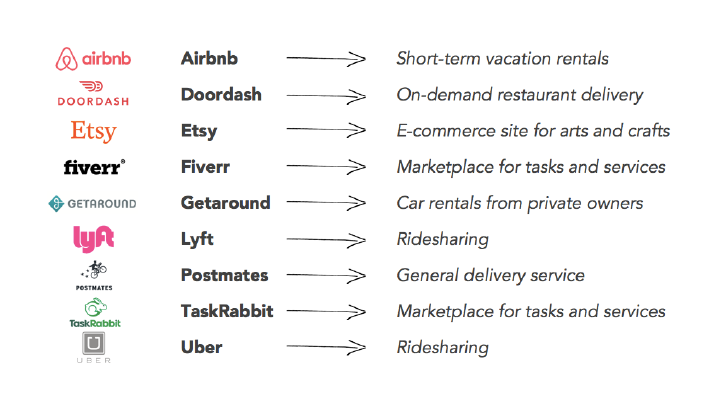 The rise of the so-called “sharing economy” has been an ongoing phenomenon that began several years prior to the pandemic.  The Baker Institute article points out that statistical data shows that during the Pandemic and 2020, the number of self-employed continues to increase, which includes gig workers, who find work through online tech software platforms and apps that post jobs from consumers looking for specific services.

The common examples of gig economy business model platforms include taxi ride-hailing (Uber and Lyft), home-sharing rentals (Airbnb and VRBO), peer-to-peer sales (eBay and Etsy), and service-based platforms (Angieslist, TaskRabbit, and Doordash). But before the Covid-19 pandemic struck the US, the Uber and Lyft drivers made up the largest sector of this sharing gig economy, according to the number of workers and revenue. But when the government shutdowns started in March of 2020, this changed how we work, and many worked remotely from home, which negatively cut the demand for the commuting and travel platforms of Uber, Lyft, and Airbnb. But it gave rise to increased requests for food delivery services from companies like instacart, Grubhub, UberEats, Doordash, and goods from sites like Etsy and eBay, as people’s increased time at home enabled more online activities.

But as this rise of the part-time worker gig sharing economy has become a more widely-used source of income for people, tax compliance has caught the attention of both lawmakers and tax administrators. Because of their self-employed status, sharing economy workers must follow rules similar to those that govern small business owners — a group that generally has more resources to navigate complicated tax rules. Tax policy practitioners agree that considering gig workers usually earn a small amount of income from the platforms to supplement their income or bridge employment, the tax rules are overly burdensome for them.

In addition, a reporting gap between two information returns, Form 1099-MISC and Form 1099-K, has also increasingly generated attention. In general, companies are supposed to issue Form 1099-MISC to nonemployee workers if their annual compensation exceeds $600. A separate Form 1099-K was introduced in 2011 that requires banks, credit card companies, and third-party settlement organizations (TPSOs) to report payments to each payee if the aggregate payment exceeds $20,000 and the number of transactions exceeds 200 annually.

So the Form 1099-K was created to simplify compliance for payment processing entities before these large tech platform companies become even larger and more widely used.

A 2019 Department of the Treasury Inspector General for Tax Administration study titled “Expansion of the Gig Economy Warrants Focus on Improving Tax Compliance” indicates that the underreporting of income associated with Form 1099-K is a leading cause for noncompliance, costing billions in lost tax revenue.

A separate report by the Government Accountability Office corroborates this view. The report states “smartphones and apps have made it easier for people to find work through new online marketplaces, such as ridesharing or meal delivery. But these “platform” or “gig” workers may not understand all of the tax obligations of their new job.”

The report indicates that merely 30% of gig workers known by the Internal Revenue Service (IRS) had gross platform-related earnings higher than $5,000, meaning that the current Form 1099-K reporting threshold far exceeds the average gross pay for many sharing economy participants.

Now according to the Baker Institute reporting analysis, the resurgence of Form 1099-NEC is not solely driven by gig worker tax compliance, it affects many platform companies. Several labor-based sharing economy platforms, including Uber and Doordash, issued Form 1099-NEC instead of Form 1099-MISC to all drivers and Dashers for the 2020 tax year if they received more than $600. However, home-sharing and peer-to-peer sales-based platforms, including Airbnb and Etsy, continued to issue Form 1099-K under the higher threshold except in states where a lower reporting threshold exists (e.g., Vermont and Massachusetts).

The Covid-19 relief bill called the American Rescue Plan Act of 2021 (the “ARPA”) that Congress signed and passed into law in March includes a little-noticed provision that reduces the Form 1099-K reporting threshold for TPSOs to $600 regardless of the number of transactions. This provision will take effect next year, and is expected to raise $8.8 billion of tax revenue over the decade between 2022 and 2031.

This provision will not impose equal compliance burdens across all sharing economy worker platforms. Specifically, it will have larger effects on platforms that currently issue Form 1099-K, which primarily include peer-to-peer sales and home-sharing companies like Airbnb, Etsy and eBay. Certain service- and transportation-based companies that have been positioning themselves as TPSOs will also need to get accustomed to this new standard. These companies include Lyft, which has been issuing Form 1099-K for drivers who provide over 200 rides and receive at least $20,000 in ride payments, and Upwork, which has been providing Form 1099-K under a similar threshold.

However, the provision may not have as much impact on ride-sharing or service-based companies that have already started issuing Form 1099-NEC, including Uber, Doordash and Handy. For these companies, the compliance adjustments will be limited to the income streams that are subject to Form 1099-K reporting, potentially payments between platforms and restaurant merchants for food delivery.

So if you are a self-employed freelancer or independent contractor that sends invoices and gets paid by clients via PayPal, then you should be aware that the so-called “PayPal Loophole” is going away at the end of December 31, 2021. To clarify, there was a strategy that some people used that bypassed having to always issue 1099s to contractors and vendors when using PayPal or other similar digital payments platforms.

With this strategy, one pushes the reporting requirements to PayPal. Current federal law requires that PayPal file Form 1099-K with the IRS and send it to you when

Example: You work as a consultant. Your clients pay you $30,000 via PayPal. PayPal does not give you a 1099-K because this fails the more than 200 transactions in a calendar year test.

According to lawmakers, this created a situation where those people who use PayPal have an easy ability to cheat (i.e., not report the income on their tax returns).

Starting January 1, 2022, the American Rescue Plan Act kills the two-step “more than $20,000 and more than 200 transactions” threshold for third-party settlement organization (TPSO) filing of 1099-K and replaces it with the single “$600 or more” reporting threshold.

Several states have already closed this reporting loophole on the state level:

Not everyone agrees with these changes, Congresswoman Carol Miller (R-WV) introduced on May 21, 2021, a press release called the Saving Gig Economy Taxpayers Act, which would repeal an unnecessary tax hike included in the costly and partisan American Rescue Plan. “The American Rescue Plan provision against gig economy workers is the latest example of the Biden Administration raising taxes on everyday Americans to fund its radical agenda,” said Congresswoman Miller. “My bill would protect our gig economy workers and small e-commerce sellers from being taken advantage of in this way, and ensure they continue to have access to flexible, reliable, good-paying work. We cannot allow Washington Democrats to advance their costly, liberal policies – especially when it means sticking hardworking Americans with the bill.” And according to a Forbes article,  a coalition of business groups and companies, including the U.S. Chamber of Commerce and Etsy, wrote a letter to Congress in response to the reporting requirement proposal, arguing that “in a year in which small business owners and entrepreneurs are dealing with a myriad of challenges, making this change would place a burden on small business owners and entrepreneurs and further complicate an already challenging tax season.”

Feel free to reach out to Thomas Huckabee CPA, for a free consultation to discuss the new tax compliance rules or with any other questions. 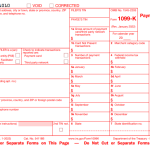